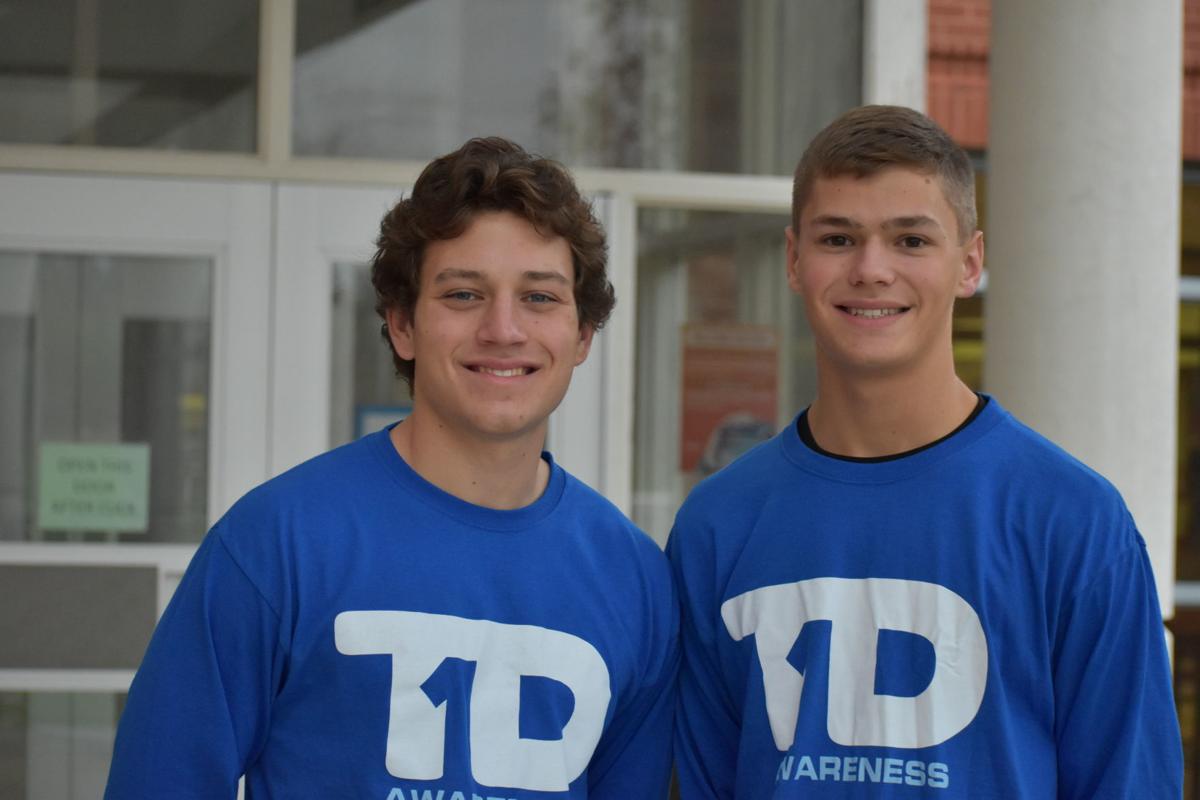 Sherando High School juniors Drew Franchok (left) and Ryan Murphy are holding a community awareness Type 1 Diabetes Walk at Sherando on Saturday from 10 a.m. to noon. Drew was diagnosed Type 1 diabetes when he was 5 years old. 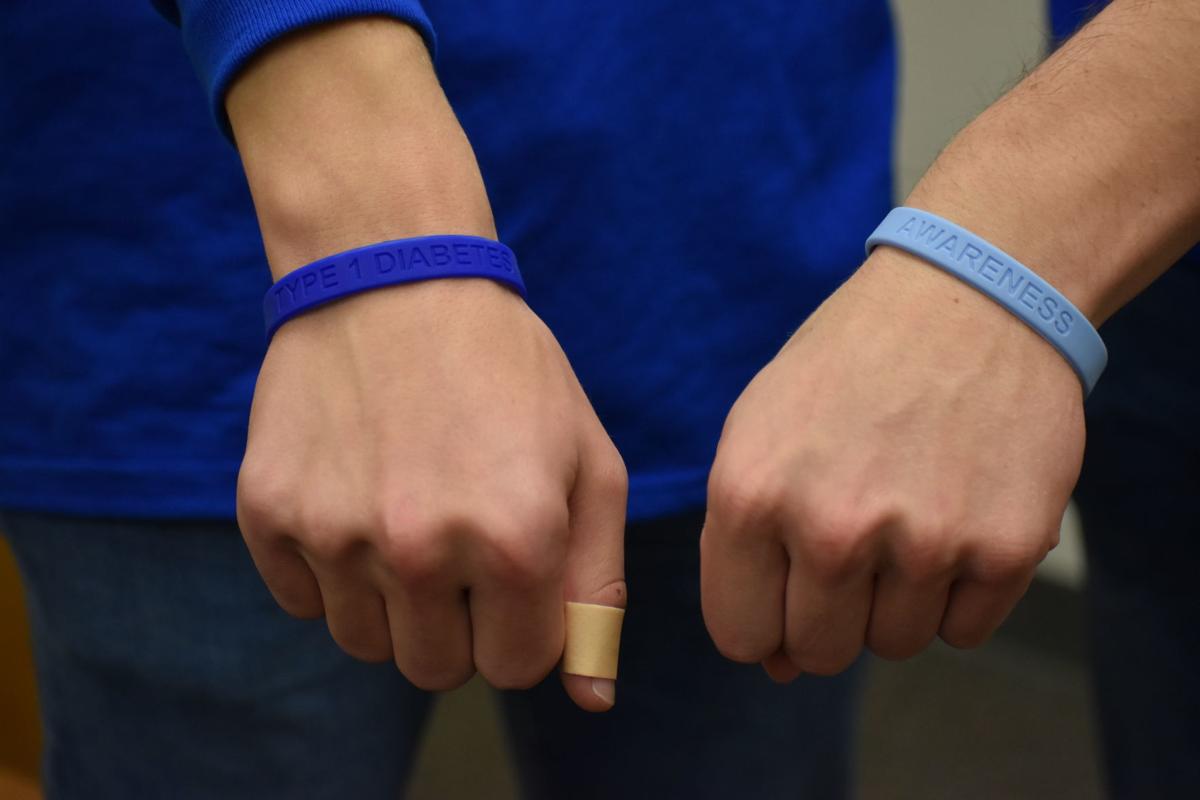 Drew and Ryan wear the bracelets and T-shirts they have been selling ahead of a Type 1 diabetes awareness walk.

Sherando High School juniors Drew Franchok (left) and Ryan Murphy are holding a community awareness Type 1 Diabetes Walk at Sherando on Saturday from 10 a.m. to noon. Drew was diagnosed Type 1 diabetes when he was 5 years old.

Drew and Ryan wear the bracelets and T-shirts they have been selling ahead of a Type 1 diabetes awareness walk.

STEPHENS CITY — According the American Diabetes Association, about 1.25 million Americans have Type 1 diabetes, and 16-year-old Drew Franchok is one of them.

To stay alive, Drew needs four shots of insulin a day. He also wears a Continuous Glucose Monitor (CGM). The CGM updates every 5 minutes to tell him through a phone app what his blood sugar levels are.

He was diagnosed with Type 1 diabetes when he was 5 years old. Type 1 diabetes is an autoimmune disease in which insulin-producing beta cells are mistakenly destroyed by the body’s immune system. There is no cure for the disease and people who have it are dependent on insulin to survive.

All proceeds raised from selling wristbands and T-shirts will go to the Juvenile Diabetes Research Foundation. So far, the two have raised $400. Their goal is $1,000.

At school, Drew goes to the nurse to check his blood sugar and get his insulin before lunch.

“I was really insecure about it when I was younger, but I figured worrying about it is not going to improve the situation,” Drew said. “I just need to deal with it and embrace it.”

Drew had a close call when his blood sugar levels fell following a basketball practice.

“I was weak enough to the point where I could not open a bottle of Coke,” he said.

Without the CGM, Drew wouldn’t have known his blood sugar was dangerously low. He was stuck in traffic at the time, but luckily he was able to consume enough sugar in the car to get his levels back up.

Ryan didn’t know what he would do if he was hanging out with Drew and there was a diabetes-related emergency.

“That kind of made me think, ‘Oh, you know, there’s something I need to learn here,’” Ryan said. “How many other people in this community have this issue?”

One thing that Drew hopes people learn from the awareness walk is that diabetics need to tell people about their medical condition. Diabetics should also tell their families what their symptoms are when they have low and high blood sugar, though low blood sugar is the more concerning condition.

Drew he gets sweaty, shaky, lightheaded and weak when his blood sugar is low.

Having Type 1 diabetes does not hold Drew back. In August, he earned MVP at the American Legion Virginia State tournament for baseball. He also has a 3.88 grade point average.

Former University of Virginia baseball player Kenny Towns, who also has Type 1 diabetes, will be attending Saturday’s walk. Towns was on the team when U.Va. became the 2015 College World Series champions.

Awesome for you 2 organizing this. Diabetes can be manageable and I think everyone needs to know signs and symptoms of low/high blood sugar levels. I am so proud, even though I don't know you, for not letting this get in your way of life. May God bless you and keep you strong.