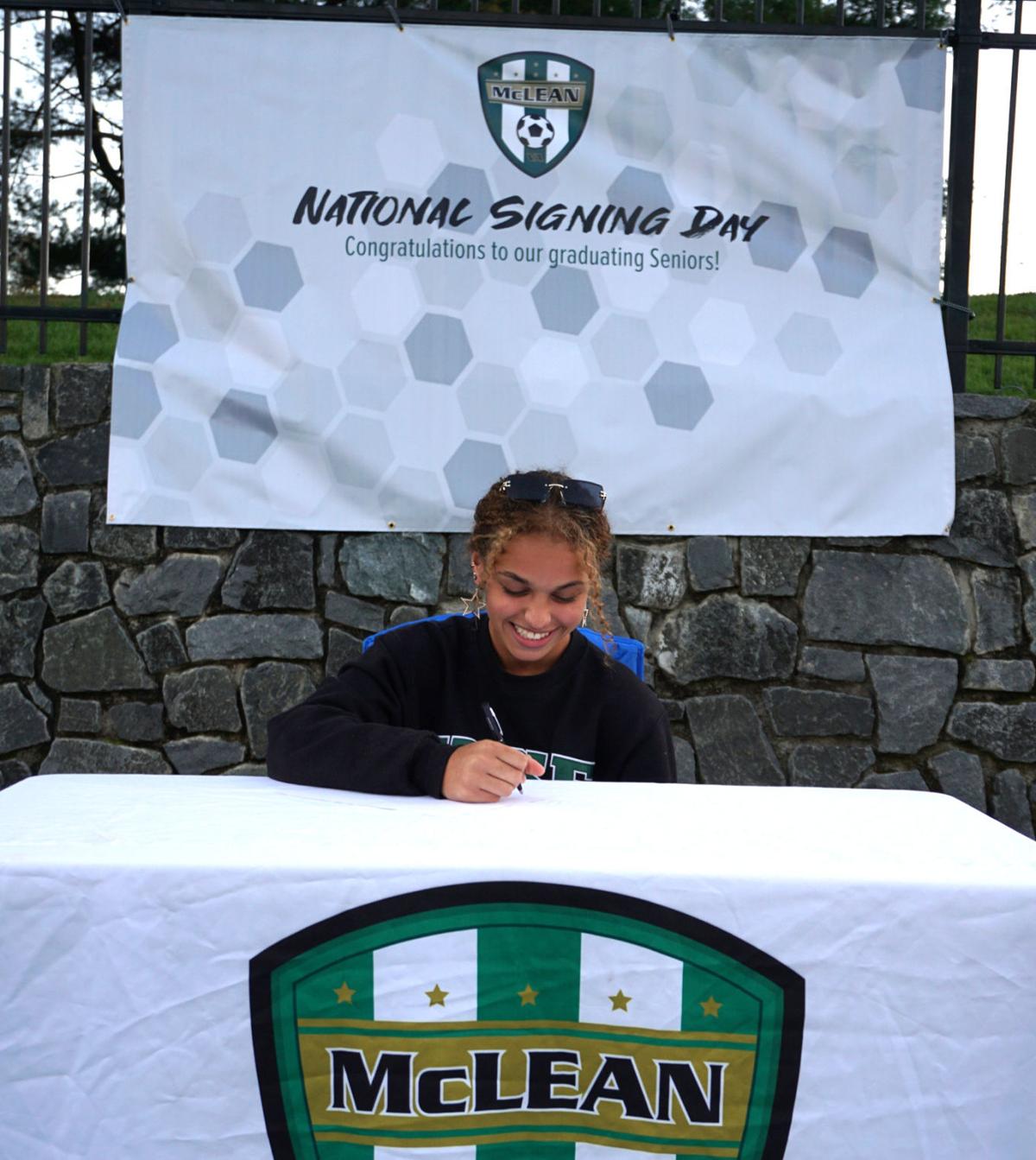 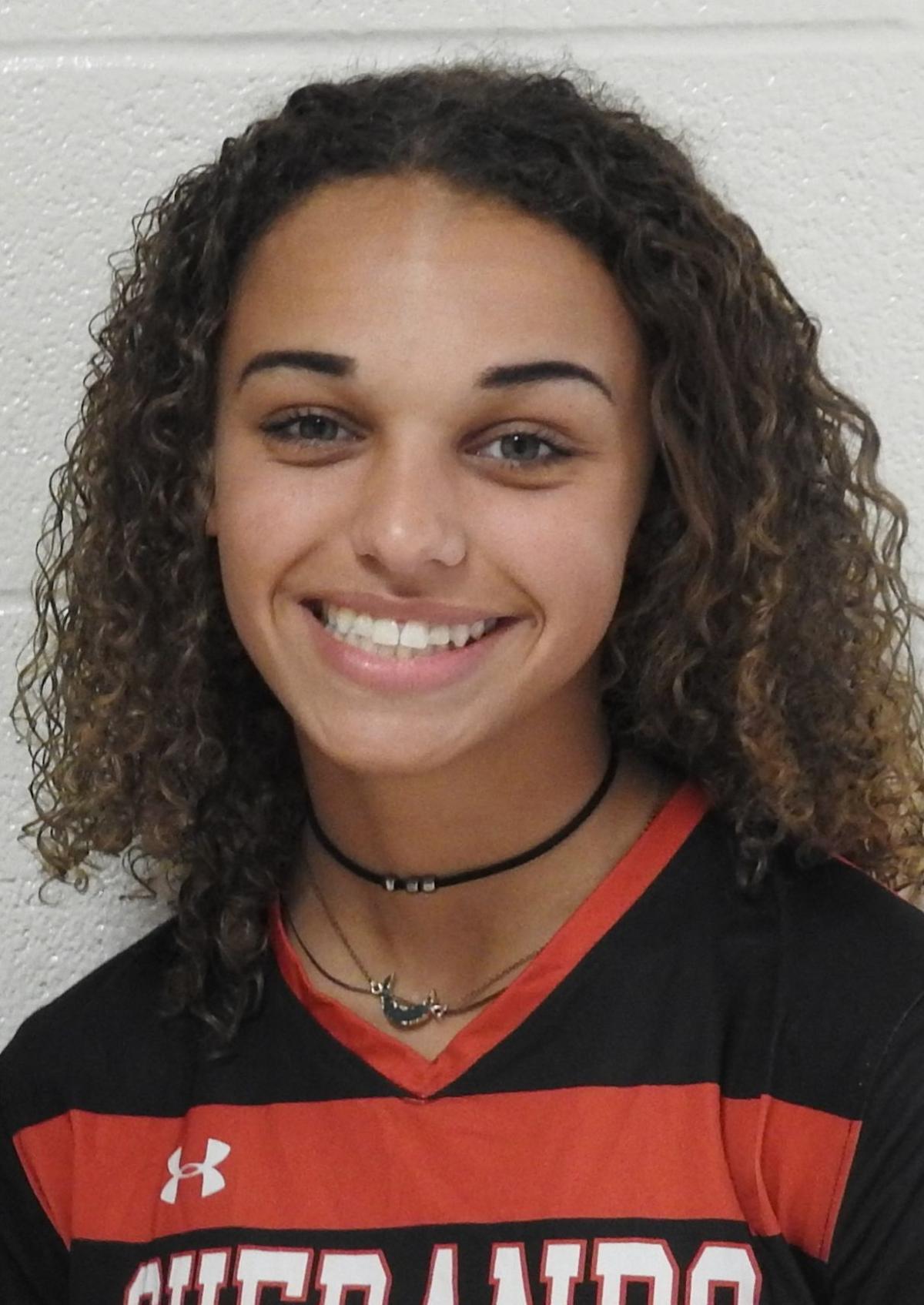 Like the rest of her high school underclassmen athletes, Sherando’s Kendall Lincoln spent most of last spring wondering when she was going to get to compete again.

One thing Lincoln, now a senior, didn’t have to worry about last spring was where she was going to play soccer in college. And on Wednesday, she made her choice official on the first day athletes could sign their National Letters of Intent.

In a ceremony at Lewisville Park in McLean, Lincoln signed to compete for the NCAA Division I University of South Florida, located in Tampa, on a full scholarship. Lincoln was one of 22 McLean Youth Soccer players — 19 of whom were girls — who signed on Wednesday.

The 5-foot-3 Lincoln — who verbally committed to South Florida in February before COVID-19 was declared a pandemic by the World Health Organization — is one of 15 McLean players who signed Wednesday who will compete at the NCAA Division I level.

“I’m just super excited,” said Lincoln, who will enter South Florida’s pre-med program, in a phone interview on Thursday. “I’m not sure if I want to play pro, but I’m hoping that at the end of my collegiate career, I get to make that choice on if I want to continue with my major that I’m studying there, or if I want to continue playing at the pro level.”

The two-time Region 4C First Team selection (30 goals and nine assists in 2018; nine goals and 14 assists in 2019) will be joining one of the best programs in the country, where she will likely play outside midfield.

South Florida advanced to the NCAA Sweet Sixteen for the first time last year, and the Bulls were recently rated the 17th best program in the country over the last five years by Soccerwire.com. South Florida has appeared in the NCAA Tournament fives times in the last six seasons.

The Bulls have posted a 85-28-10 record in the span, with the 2019 team setting a record for wins (16-5, including 7-2 in the American Athletic Conference) and capturing the AAC tournament. The Bulls — who are not playing this fall because of COVID-19 — were ranked 12th in the final TopDrawerSoccer.com rankings and 16th in the final United Soccer Coaches Poll in 2019.

That success is just one of the reasons why Lincoln chose South Florida and told schools like West Virginia, Syracuse and Alabama in February that they no longer needed to recruit her.

The South Florida coaching staff first saw Lincoln play at a showcase event in Florida in January with McLean, an organization Lincoln has been with for three years.

Lincoln said Shenandoah University women’s coach Elizabeth Pike — who has known Lincoln since she was 11 and used to coach her with Winchester United and Shenandoah FC Elite — let South Florida know about Lincoln’s participation in the showcase. The Bulls are led by 14th-year head coach Denise Schilte-Brown, who coached at Virginia Commonwealth University for seven years before taking the South Florida job.

Lincoln then went on a visit in February, and she made her verbal commitment shortly afterward.

“When I went on my visit, I liked the way they coach,” Lincoln said. “I like the campus and the med school they have down there. It really was a perfect fit.

“[Schilte-Brown] reminds me of Coach Pike a lot. Talking to her when I went on my visit was really nice, so I think that relationship is going to be good.”

Rob Kilmer, Sherando’s head coach for 21 years, said Lincoln’s speed of play should help her play for a program like South Florida’s.

“Her speed of play is so far above most people,” said Kilmer in a phone interview. “That will transcend her to the next level. No doubt.”

Though the Virginia High School League ultimately canceled spring sports this year, Lincoln has been training with McLean since the end of June. After participating in some scrimmages in August, the team began playing games in September and is now a quarter of the way through its regular schedule. Naturally, Lincoln hopes she can get in one more season with Sherando as well in the spring.

Lincoln is the fifth girls’ soccer player in Sherando’s history who will play at the NCAA Division I level.

“It’s prideful to see anyone go to that next level, whether it’s Division III, II, I,” Kilmer said. “It’s great to see someone go to the next level who’s put so much time and effort into the game. It’s good to see her reach a dream.

“Not only her dream, but her parents’ dream, too. The amount of work and money and effort her parents have put into [Lincoln’s soccer career], what a family effort. Kendall’s a great student, too. ... Congratulations to them. They worked hard for it. They deserve it.”

Congratulations on this young ladies scholarship to play at a Division I school. This is no small feat! Keep pushing to be the best at what you do, the sky is the limit!!!