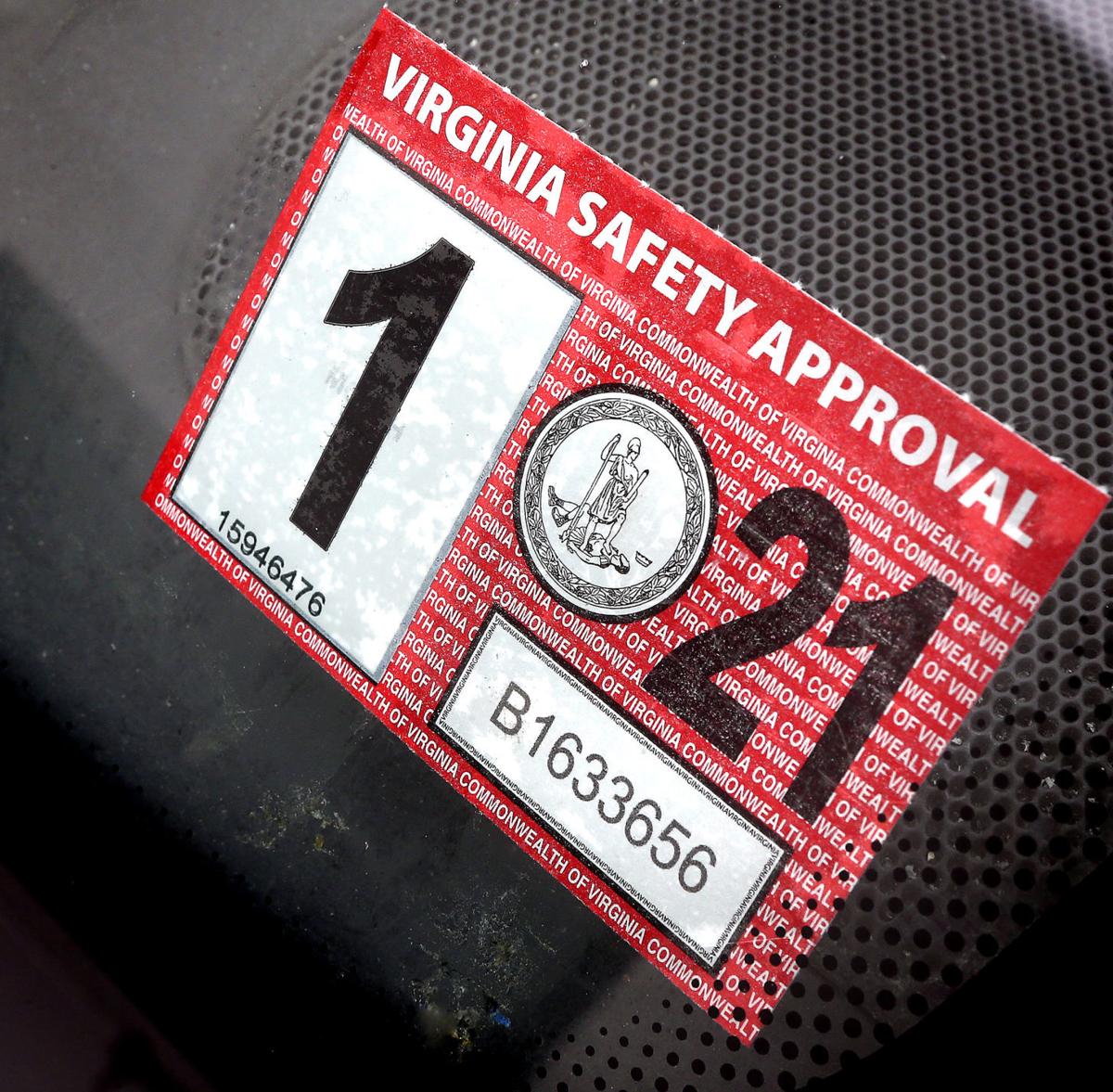 Vehicles registered in Virginia must be inspected annually. A proposal being considered by state legislators would make inspections every two years.

A sign hanging at Minnick’s Auto Repair and Towing on West Cecil Street in Winchester reminds motorists to have the annual state-required safety inspection performed on their vehicles. 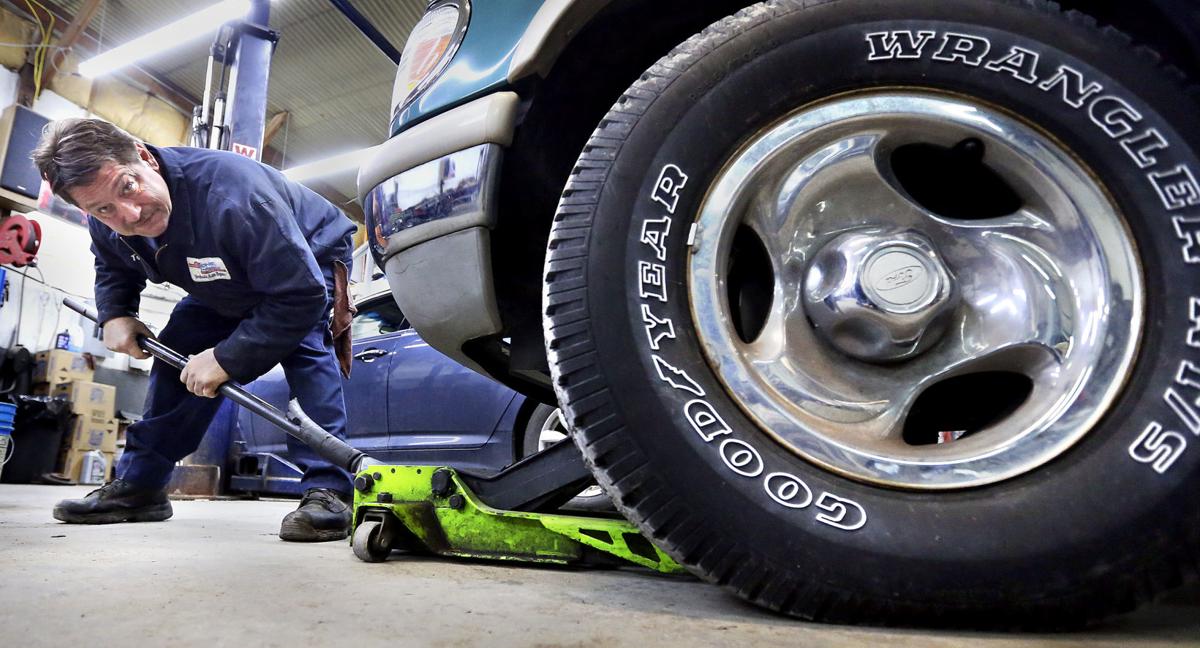 Vehicles registered in Virginia must be inspected annually. A proposal being considered by state legislators would make inspections every two years.

A sign hanging at Minnick’s Auto Repair and Towing on West Cecil Street in Winchester reminds motorists to have the annual state-required safety inspection performed on their vehicles.

Right now, vehicle owners in the commonwealth are required to have their automobiles inspected once a year by a mechanic. The inspection fee for a regular passenger vehicle is $20.

In December, Gov. Ralph Northam proposed doing away with the inspections altogether — a move that would save Virginians about $150 million a year. But the plan was strongly opposed by law enforcement officials and mechanics.

A recently amended House Bill 1414 now calls for motor vehicles, trailers and semi-trailers to be inspected within 24 months of the first inspection and at least once every 24 months thereafter.

According to 2018 state police data, about 20% of vehicle inspections in Virginia reveal defects, such as faulty brakes, tires, lights or turn signals.

“I think [the bill] could have some impact,” Gosnell said. “I don’t think $20 a year is too much to have your vehicle checked and make sure that, yep, you are good to go.”

He said two years is “a long time” to wait to have a vehicle inspected, especially for people who do lots of driving.

“If people don’t have their car inspected, there could be a potential safety hazard,” Terri Hott said. “The brakes could go out or they could have a bad wheel bearing. There’s tons of things they aren’t going to know if they don’t have a car inspection.”

In some cases, there could be safety hazards that drivers won’t know about until it’s too late, Tony Hott said.

“Just being in the industry, there is a vast number of people that if they are not held accountable for [mechanical defects in their vehicles], then they don’t get them fixed,” Gardner said.

If a vehicle fails inspection in Virginia, it must get the necessary repairs, then undergo a re-inspection.

Although Gardner prefers annual inspections, “I think every other year is definitely better than doing away with it altogether,” he said, noting that without mandated inspections some people would drive unsafe vehicles, posing a risk to others.

Sen. Jill Vogel, R-Upperville, who represents the 27th District, said she doesn’t support eliminating state vehicle inspections, but she may consider reducing them to once every 24 months.

“I can understand the rationale for throwing car inspections out the window — it’s arbitrary, it’s time consuming and a pain in the neck and people don’t want to deal with it,” Vogel said. “However, and this is a big however, I find it to be a more compelling argument that as a public policy matter we err on the side of public safety. That’s where I always come down.”

So far, Vogel said she has received an “overwhelming” amount of support from her constituents who favor annual inspections. She said people want roadworthy vehicles that do not pose risks to other motorists.

“If you have vehicles that are unsafe for the highway and are not inspected and you are driving down Interstate 81 and someone’s tire comes flying off or the brakes go out, they don’t just pose a risk to themselves, they pose a risk to everybody else,” Vogel said. “I am all about ‘live free and be free’ and letting government stay out of your wallet and out of your business and out of your bedroom and all of that. But … this is one of those situations where your decision to not have your car be roadworthy affects me and my family and everybody else on Interstate 81.”

Del. Chris Collins, R-Frederick County, who represents the 29th District, said police have told lawmakers that Virginia should have vehicle inspections on some basis. He said he thinks biennial inspections are “fair.” He said he would not support eliminating inspections altogether. He once had a vehicle flunk inspection because it had two broken engine mounts.

“Had it not been inspected I may have spent several thousand instead of $900,” Collins said.

Del. Dave LaRock, R-Hamilton, who represents the 33rd District, believes making vehicle inspections biennial is a “reasonable compromise” between the current annual requirement and Northam’s desire to eliminate them.

“The current inspection fees are more affordable than [what] would be charged by an auto shop for an independent safety check or for repairs that become more involved because a problem was not identified early,” LaRock said in an email.

Del. Wendy Gooditis, D-Clarke County, who represents the 10th District, said she would prefer biennial inspections to none at all.

Though Collins, LaRock and Vogel support biennial inspections, it is not likely that they will support HB 1414, as it includes a 12-cent gas tax increase over the next three years to fund transportation projects. The bill is currently in the House Appropriations Committee.

I lived 6 years in Alabama, a state which did not have vehicle inspections. Many residents drove rattletrap machines that were totally unsafe. It made one thinkc twice about driving.

Around Frederick County, I see many vehicles with brake or tail lights out. I say keep the present schedule.

True idiocracy: "If you have vehicles that are unsafe for the highway and are not inspected and you are driving down Interstate 81 and someone’s tire comes flying off or the brakes go out, they don’t just pose a risk to themselves, they pose a risk to everybody else" -Come on Jill, how often does this happen?

No inspections the first five years, every other year until car is ten, every year after ten years old. I remember the inspections every six months. Cars are much better and safer but the owners are just as dumb. They are actually more dumb because cars do so much more for you these days.