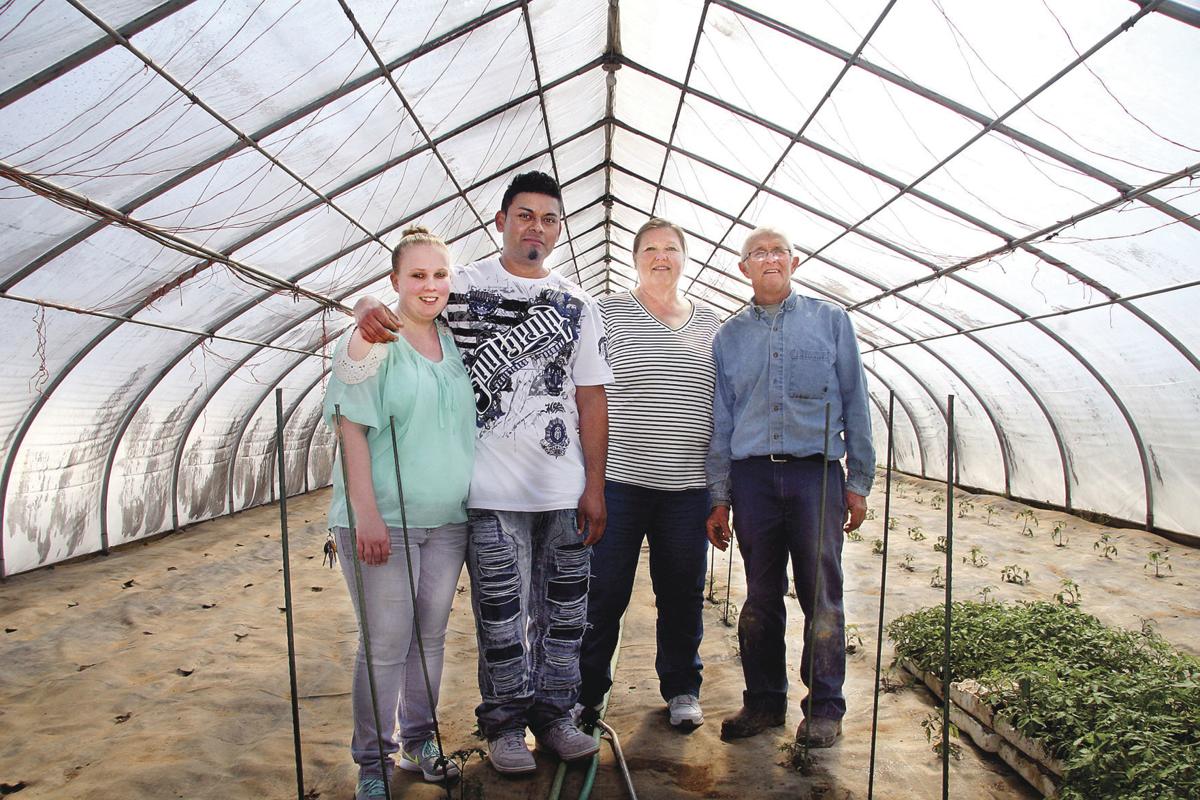 Britney Valdivia, left, her husband, Miguel Valdivia-Vera, and Miguel's employers, Beth and Eugene Nowak, stand inside a greenhouse on April 3, 2017, at the Nowaks' Mayfair Farm. 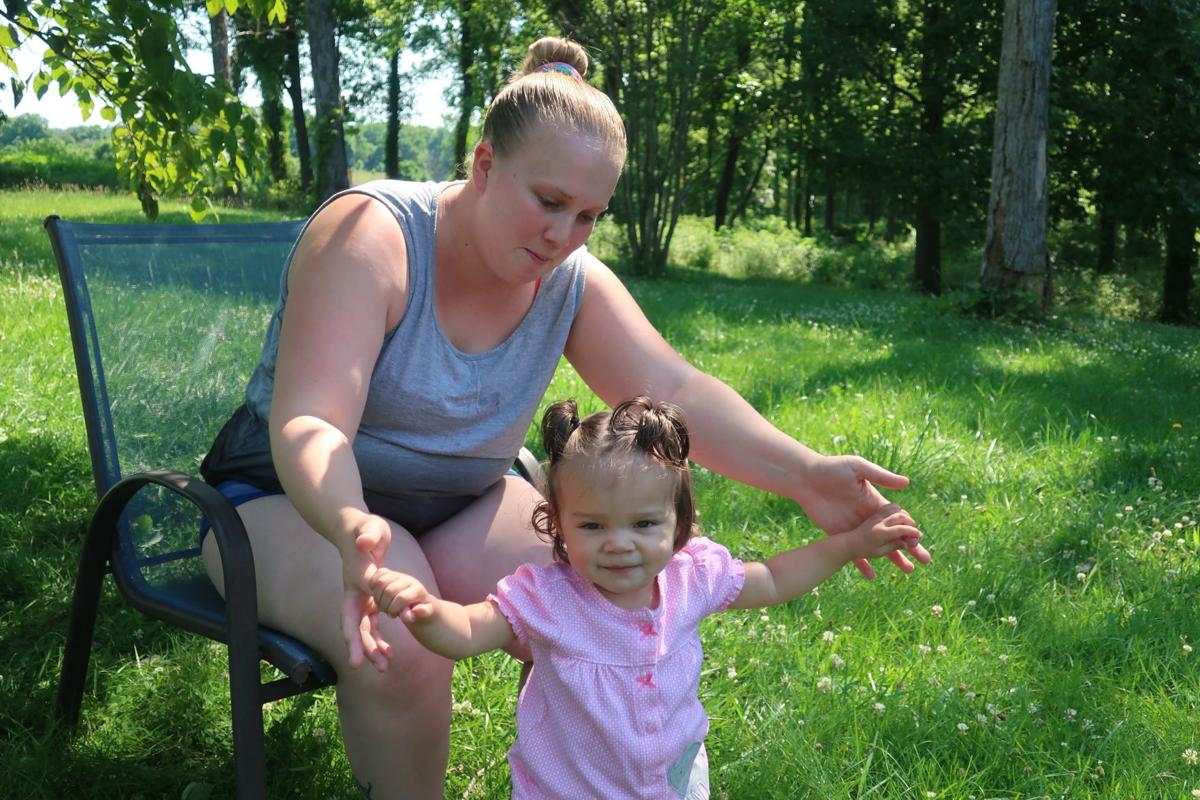 Britney Valdivia plays with her daughter Rosalee at their home at Mayfair Farm in Berkeley County.Britney’s husband and Rosalee’s father, Miguel Valdivia Vera, has been denied a visa to return from Mexico. 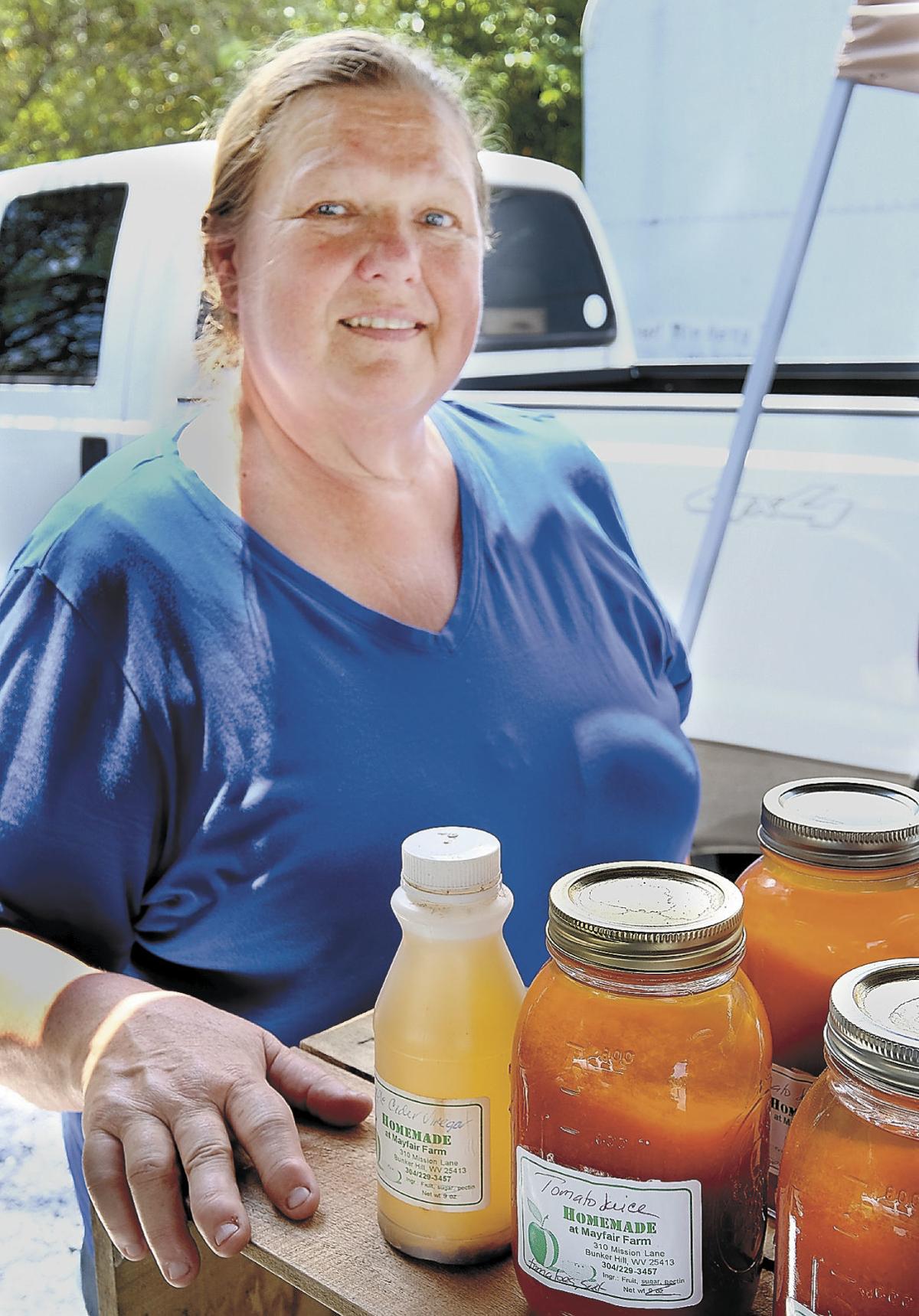 Britney Valdivia, left, her husband, Miguel Valdivia-Vera, and Miguel's employers, Beth and Eugene Nowak, stand inside a greenhouse on April 3, 2017, at the Nowaks' Mayfair Farm.

Britney Valdivia plays with her daughter Rosalee at their home at Mayfair Farm in Berkeley County.Britney’s husband and Rosalee’s father, Miguel Valdivia Vera, has been denied a visa to return from Mexico.

INWOOD — On Jan. 7, Miguel Angel Valdivia-Vera left for his native Mexico, believing he had done everything right to achieve legal status in America.

The 32-year-old farmer spent a month in a Pennsylvania jail, hired lawyers to explain tedious legal documents and went broke in the process.

But, after 17 years of living as an undocumented immigrant in America and two years after a DUI charge drew attention to his situation from immigration officials, Valdivia-Vera’s family and his employer were confident he’d return to the United States in two to eights weeks with a spousal visa — just in time for the spring planting season at his job at Mayfair Farm in Berkeley County, which supplies the Freight Station Farmers Market in Winchester.

Valdivia-Vera had one final step — an interview at the Consulate General of the United States of America in Ciudad Juarez (CDJ), which is part of the U.S. Department of State.

He was even looking forward to the trip to Mexico. It would be the first time he’d seen his parents since he left home at age 15.

But on May 9 Valdivia-Vera’s visa was denied by the State Department. Nearly seven months after he voluntarily left the U.S., his family and friends are still questioning why he is still in Mexico.

Valdivia-Vera satisfied all the requirements, including financial requirements, in his application for a visa. This was confirmed in a November 2018 letter from the National Visa Center in New Hampshire.

But correspondence between the CDJ and Herndon-based attorney Amin Ganjalizadeh, provided to The Star, states his visa was denied because he is liable to become a “public charge” or financial drain on the state.

Valdivia-Vera’s allies say the decision is absurd, as it strands his wife and their three young children without their sole provider. He also has a 10-year-old son from a previous relationship.

Britney Valdivia, 25, of Hedgesville, said she may have to try for a job stocking shelves at Walmart, which aligns with her previous professional experience, but she doesn’t know what she would do for child care, as she has no family help.

‘They changed the rules’

Several immigration attorneys interviewed about Valdivia-Vera’s plight say it’s part of a State Department policy meant to limit the readmission of Mexican immigrants to the U.S.

Diane Sheehey, who provides immigrant services through the local Literacy Volunteers, said recent changes in the State Department’s Foreign Affairs Manual has given diplomats wider discretion to deny visas based on the public charge section of the Immigration and Nationality Act (INA).

She said Valdivia-Vera could be in Mexico for another two years and have to pay “lots more” money before he gets another shot at legal re-entry.

Some critics say the State Department is using the guidelines to restrict immigration without the approval of Congress, which has failed to pass immigration reform.

“They changed the rules,” said Eugene Nowak, co-owner of Mayfair Farm, where Valdivia-Vera was a longtime employee earning $12 an hour, plus a $1,500 annual bonus, and living in rent-free tenant house.

The State Department did not respond to a request for comment.

Federal visa requirements dictate that an applicant must have a sponsor making 125% of the federal poverty level for their household size or more. Valdivia-Vera’s sponsor was Philip Nowak, Eugene and Beth Nowak’s son, a Loudoun County Public Schools teacher who lives in Frederick County.

According to an affidavit filed as part of the waiver application, Philip Nowak earns well above the 125% threshold, adding to the frustration about why Valdivia-Vera’s visa was denied.

“We were only given a vague and unspecified... explanation as to why Miguel was designated a ‘public charge,’” Ganjalizadeh said in an email.

‘This is the bureaucratic quagmire we deal with’

With his visa denied, Valdivia-Vera’s immediate future is uncertain.

But since Valdivia-Vera accrued more than a year of unlawful presence in the U.S., that triggered something called the “10-year bar,” where he’s barred from admission to the U.S. for 10 years.

Because Valdivia-Vera met the visa requirements, he was granted a Provisional Unlawful Presence Waiver, or inadmissibility waiver, though the United States Citizenship and Immigration Services (a division of the Department of Homeland Security) in September 2017. Although that waiver avoids the triggering of the 10-year bar, the CDJ’s “arbitrary and capricious decision” that he will “more likely than not become a public charge” automatically revoked it and reinstated the 10-year ban, Ganjalizadeh said.

That means Valdivia-Vera cannot legally return to his family until 2029.

Ganjalizadeh said Valdivia-Vera’s best option now is to apply again for a waiver, for which he will have to find a new sponsor meeting the same financial standards. The plan is to ask Valdivia-Vera’s brother, who works as a barge-hand in Kentucky.

The denial letter provided to Valdivia-Vera by CDJ states that he can “overcome this ineligibility” with “additional documentary evidence.”

“It’s very frustrating, but this is the bureaucratic quagmire we deal with,” Ganjalizadeh said.

Ganjalizadeh said that an increasing number of his clients are being denied visas when they would have almost certainly been granted them in previous years.

“These cases used to be extremely straight forward.”

This is the 40th year the Nowaks have operated the Freight Station Farmer’s Market at 315 W. Boscawen St. in Winchester. Both in their late 60s, they say they are unsure of how they will continue without Valdivia-Vera.

“We simply cannot continue fighting and struggling,” Beth Nowak said in a newsletter to her farm market customers. “This removal of important employees means, quite simply, that costs will rise. Work will not get done. Crops will not be harvested.”

The Nowaks hired Valdivia-Vera in 2007 after a number of fruitless attempts at employing American workers. They said he came to work every day on time and was careful handling the crops he picked.

After Valdivia-Vera’s DUI charge in December 2016, the Nowaks have tried to help him establish legal residency.

Immigration Customs Enforcement (ICE) officers came to Mayfair Farm in February 2016, but they did not have a warrant for the Nowak’s property, where Valdivia-Vera’s home is located.

Despite this unintended loophole, the family decided Valdivia-Vera would surrender to ICE and start the long process of becoming a legal resident and, eventually, a U.S. citizen.

The Nowaks provided financial, logistical and emotional support as Valdivia-Vera went to jail in York, Pa., and attended federal hearings in Pittsburgh.

They felt relieved when a federal judge ordered Valdivia-Vera to return to Mexico by Jan. 10. There he would receive his consular interview and return home with legal status. Before his departure, he was able to return to work for a time in 2018.

Now, with Valdivia-Vera gone, Beth Nowak said she and her husband are going to get through this summer, but what happens after that hasn’t been decided. She has said that without him, they may have to scale back their business or stop selling commercial produce altogether.

“This [CDJ] decision is destroying an American business,” Ganjalizadeh said.

‘They’re crying out for daddy’

Miguel Valdivia Jr., 6, was born with only one arm. That doesn’t stop him from playing with his sister Rosalee, who recently turned a year old.

“She calls anyone and everyone daddy,” Britney Valdivia said. “They’re crying out for daddy constantly.”

She said problems are starting to mount at home in her husband’s absence. Her car is a source of “nonstop problems,” and she is relying largely on the Nowak’s charity to have a place to live with her children.

She said many people she knows, especially on social media, frequently disparage immigrants.

“’Why would you try to come illegally?’” she said, mimicking some of the things she’s heard others say. “People need to understand, they are trying to make a better life. Miguel works every day, pays his taxes and takes care of his responsibilities like he’s supposed to.”

For Beth Nowak, the ordeal has shaken her faith in her government.

Just getting Valdivia-Vera’s visa application materials from NVC in New Hampshire to the General Consulate in Juraez took four months and required her to dig deep into her connection to solicit help from the offices of Sen. Joe Manchin, D-W.Va., and Sen. Mark Warner, D-Va.

The body of law on immigration has been seriously flawed for half a century. Congress has failed to deal with it. Both parties share the blame. But not nearly the blame of the voters who send them back. Session after session to do nothing. Common sense and doing what is right have dropped out of our system. Greatness will continue to elude us until we fix that.

More one sided coverage from Winchester's liberal apologist - Onofrio Castiglia. Let me get this straight: this individual enters the US illegally, obtains a job illegally, and then becomes a public safety risk by drunk driving. Then he is appalled to find out he's no longer welcome here. Very cut and dry. Here's the equation: Illegal Entry + Criminal Offense = Deportation. Even the most liberal and uneducated millennial can do that math. What about the family who hired them? Criminal liability for circumventing EVerify laws and knowingly employing someone who isn't legally authorized to work in the US? They have criminal liability. Where is law enforcement? From a practical standpoint, if the farm owners feel their entire livelihood is based on this one person, they are terrible business people and their enterprise is destined to fail. No one is irreplaceable. I cannot believe they cannot find one individual who can do this job. Maybe they can't because they want to pay slave wages to an illegal rather than a living wage to someone who can lawfully work in this country.

Had he have not gotten a dui, we wouldn't be reading this story. People who steal, many times, are doing so for a better life. One cannot condone illegal activity, if it's against the law, it's against the law. Why is that so hard to understand? I'm sure the children are all receiving benefits, as U.S. citizens, born here. You cant destroy an American business, if you willingly make choices you know are illegal. Democrats want the rich to help, share the wealth, but they also want us flooded with immigrants, who work for less, live in poverty level housing. The rich get richer, they pay less wages, rent their substandard houses to immigrants, & reap the benefits. None of this type of thinking makes sense, at least not to me. There are many families missing their parents, mother or father, in prison or jail now, serving time, because they knowingly broke the law. Do we feel compassion for them, especially if they committed the crime, seeking a better life?

Illegal is illegal. If you are not verified to be in the USA. send them back.. worried about the rest of the 8. Bring the wife and kids with ya.