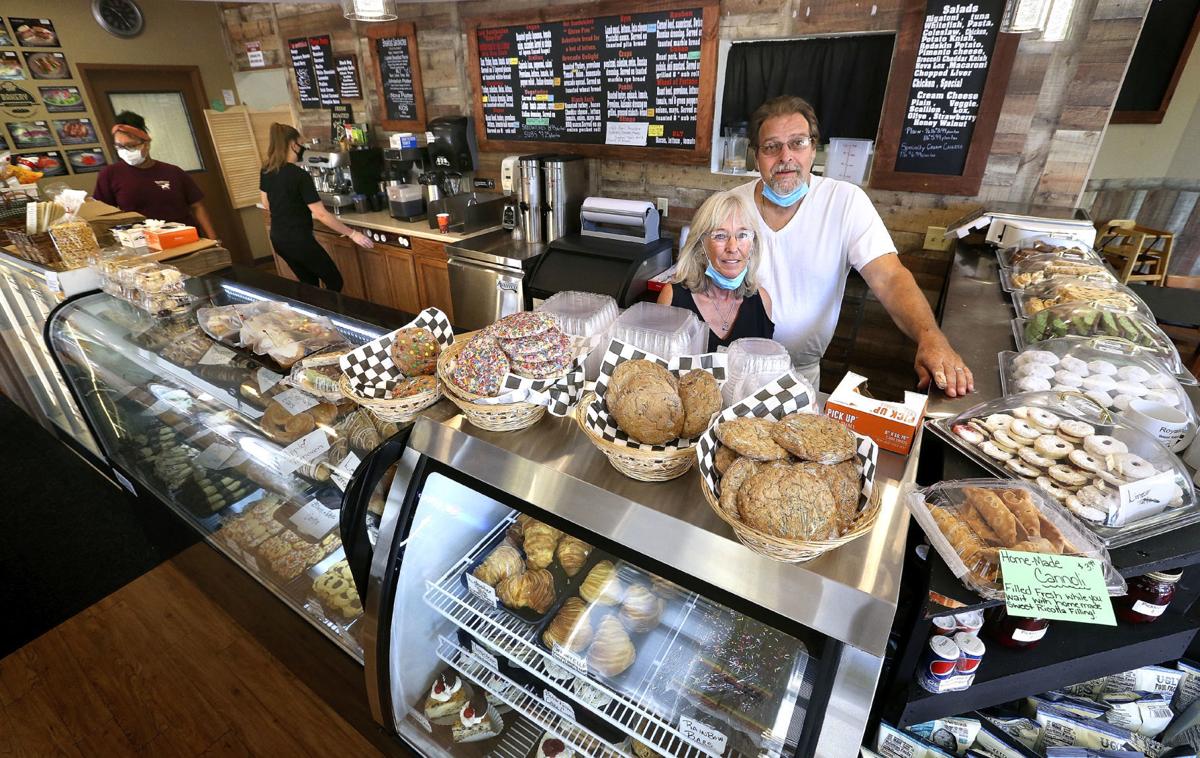 John and Winnie Costantino (pictured) along with daughter Jacqueline Gray and her husband Eric Gray have opened Royalicious Bagel Bakery and Deli on Jubal Early Drive at the site of the former Daily Grind. 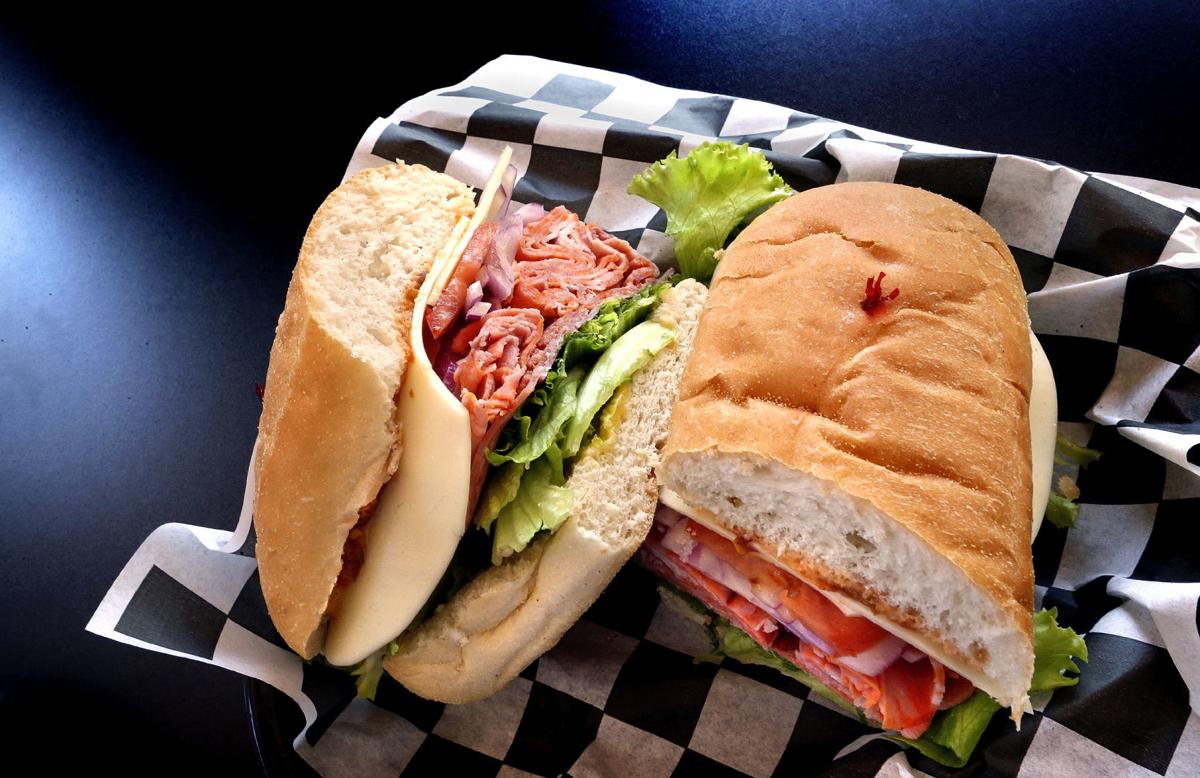 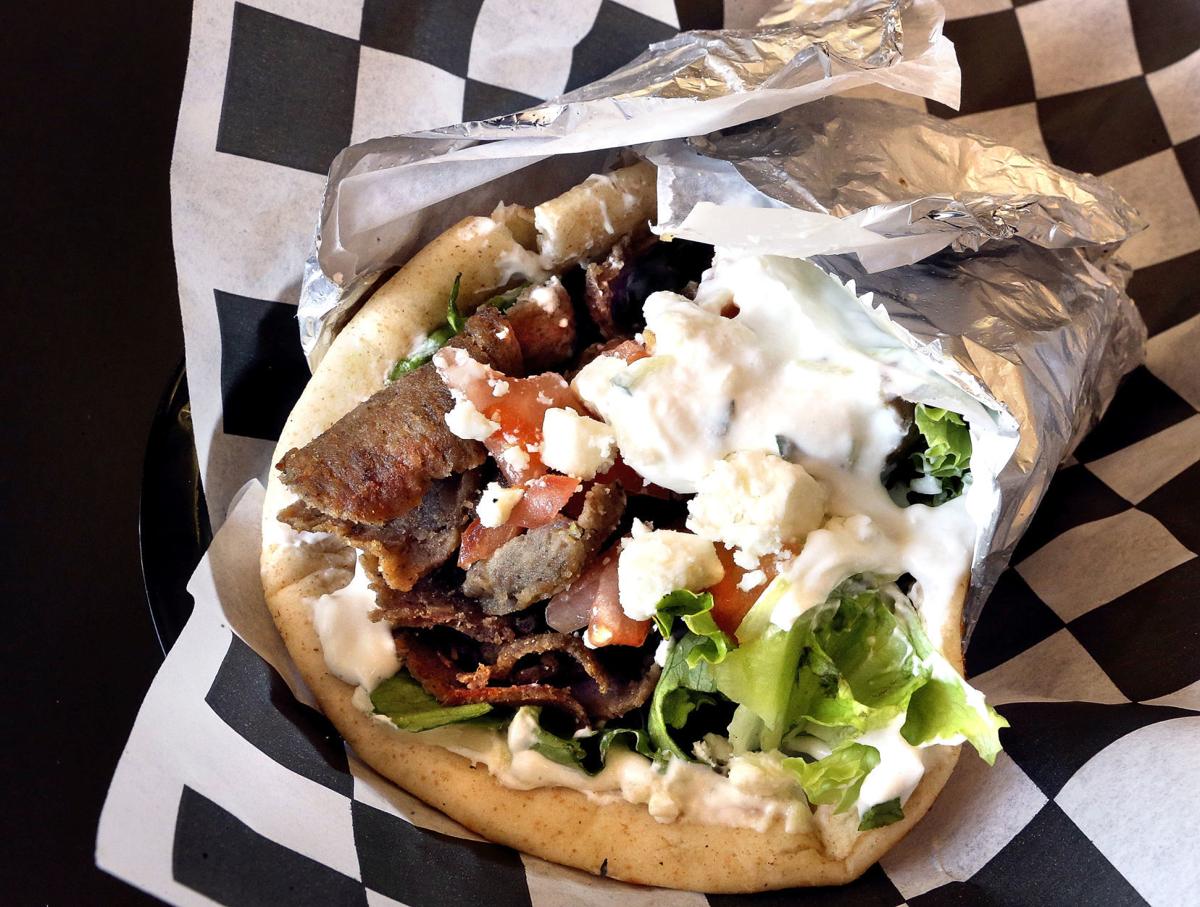 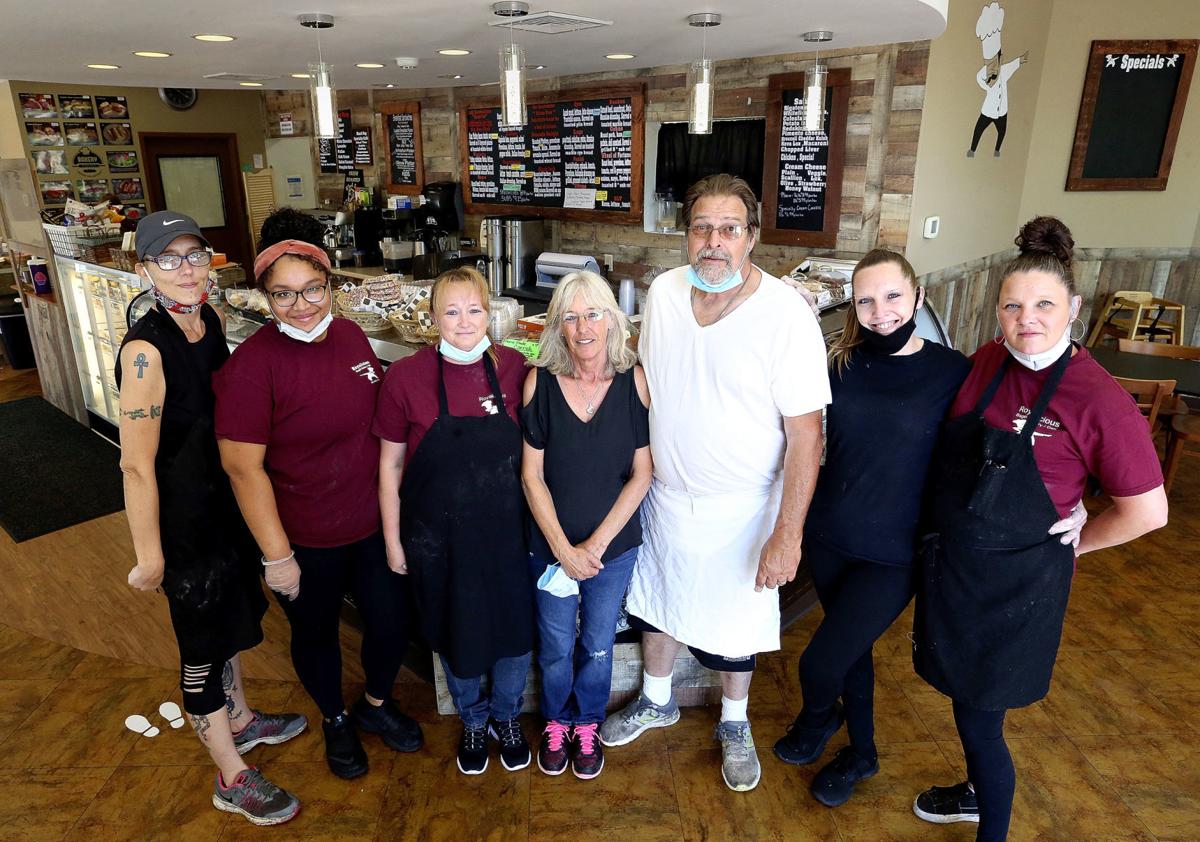 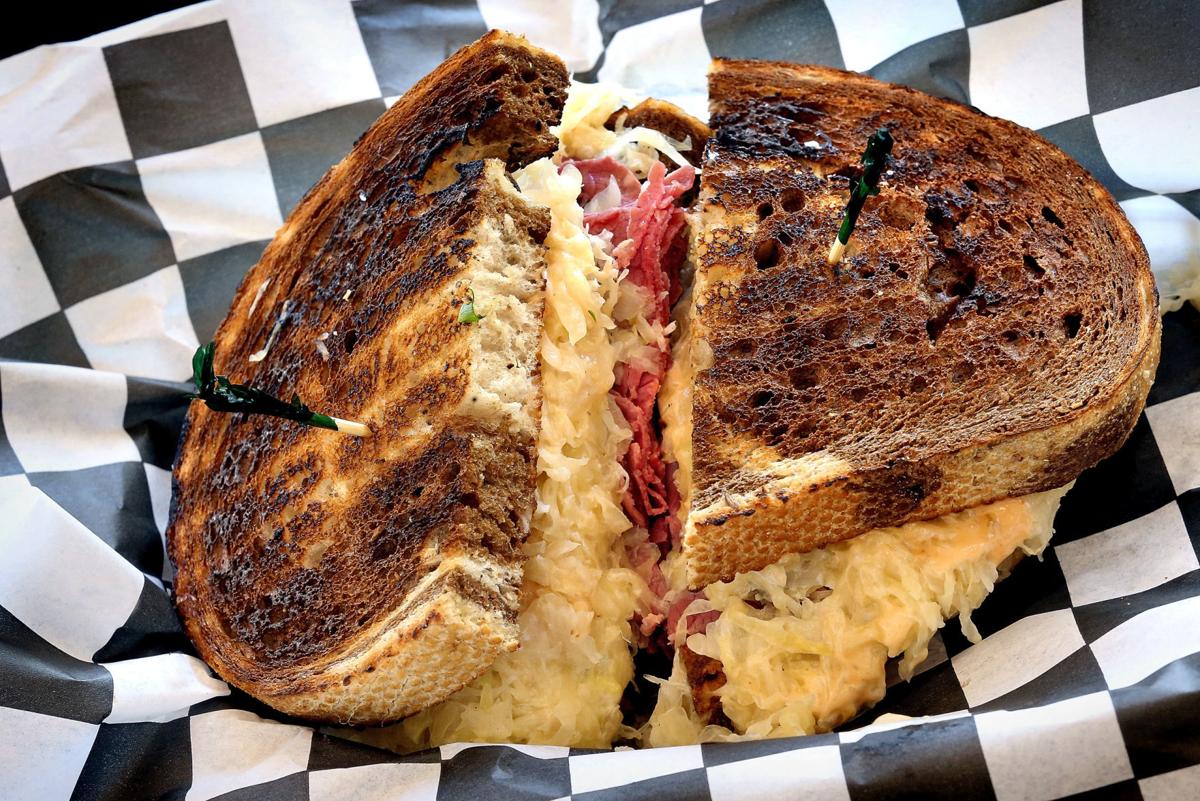 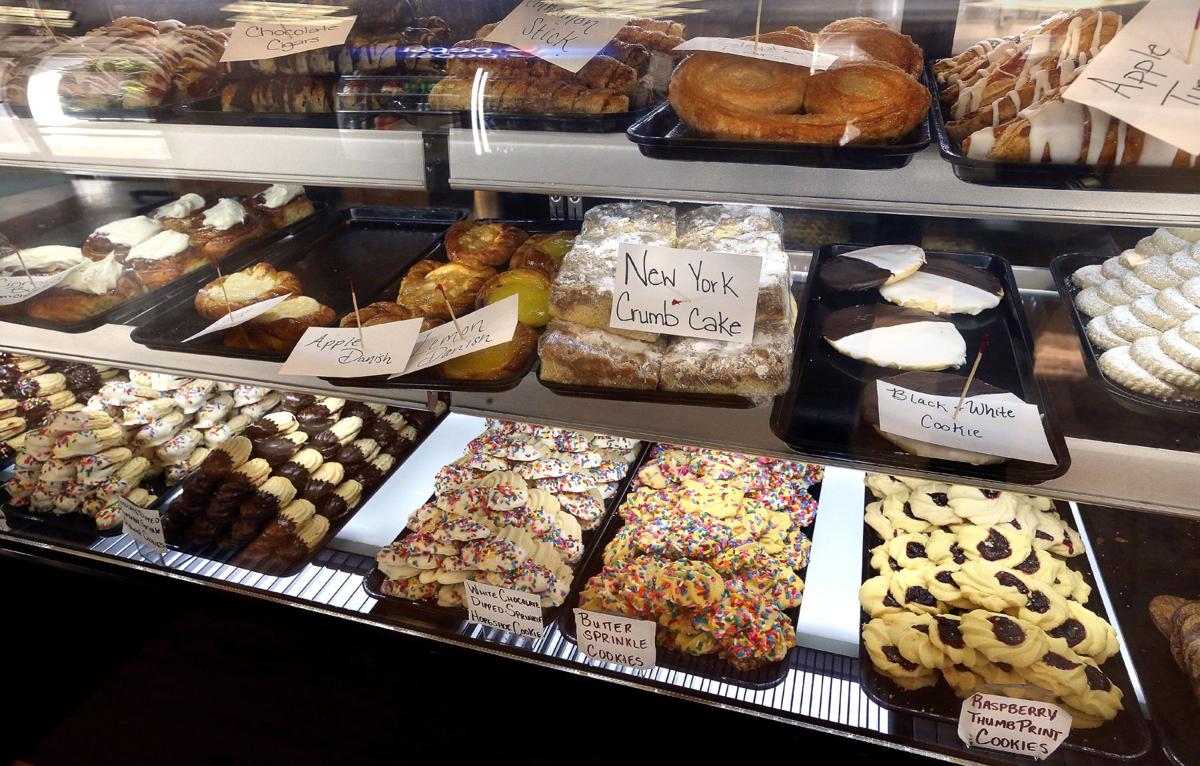 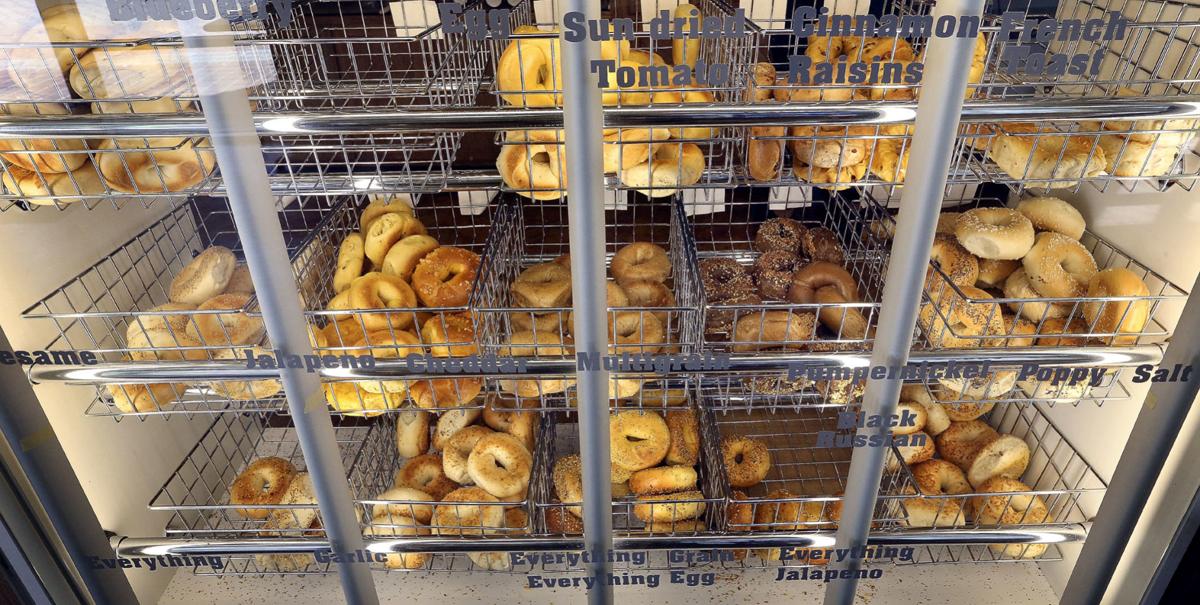 A large variety of freshly made bagels sell quickly at Royalicious Bagel Bakery Bakery and Deli. 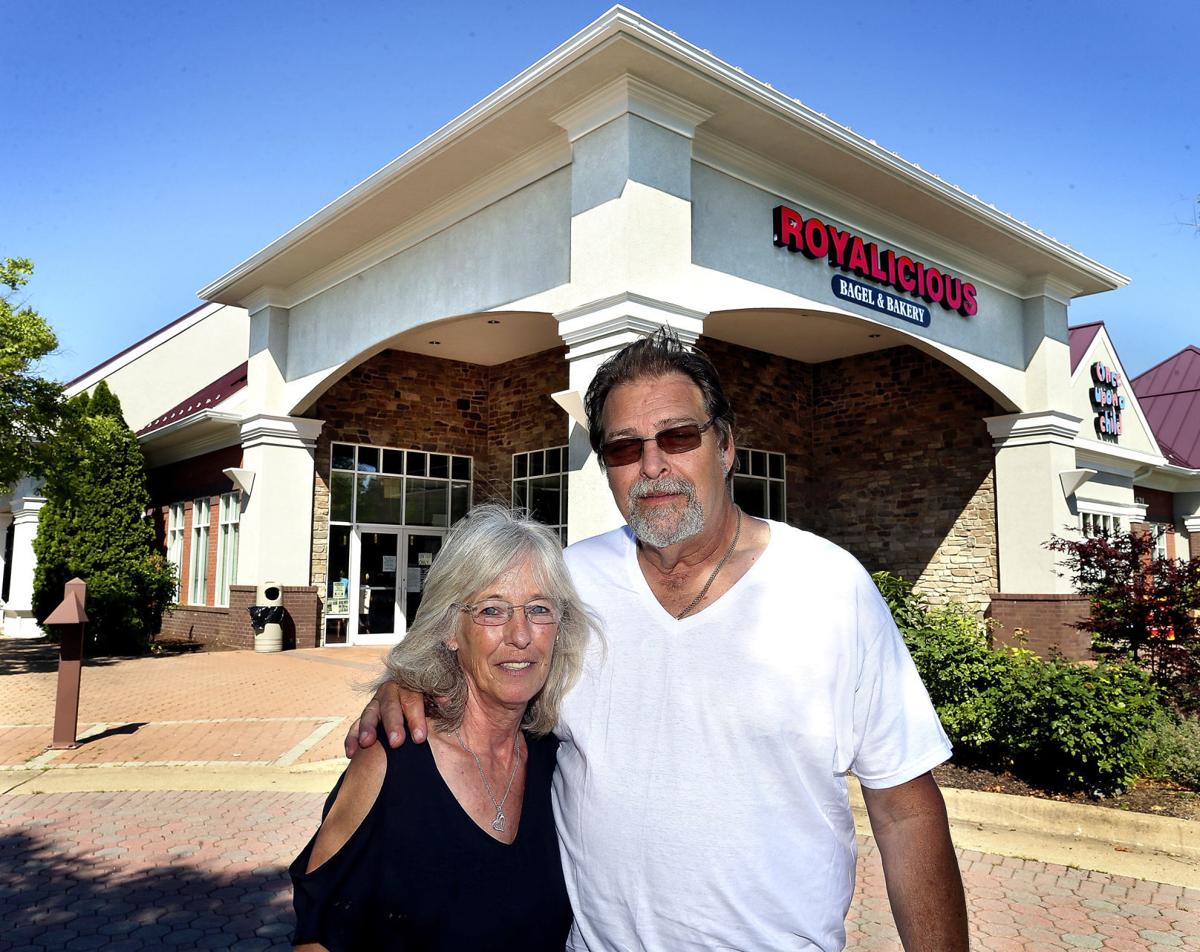 Winnie and John Costantino (shown) along with daughter Jacqueline Gray and her husband, Eric Gray, have opened Royalicious Bagel Bakery and Deli on Jubal Early Drive at the site of the former Daily Grind.

John and Winnie Costantino (pictured) along with daughter Jacqueline Gray and her husband Eric Gray have opened Royalicious Bagel Bakery and Deli on Jubal Early Drive at the site of the former Daily Grind.

A large variety of freshly made bagels sell quickly at Royalicious Bagel Bakery Bakery and Deli.

Winnie and John Costantino (shown) along with daughter Jacqueline Gray and her husband, Eric Gray, have opened Royalicious Bagel Bakery and Deli on Jubal Early Drive at the site of the former Daily Grind.

WINCHESTER — “Oh my gosh, this is amazing,” said Darcus Breneman, as she looked at the bounty of sweets stacked in the bakery case at Royalicious Bagel Bakery and Deli.

A first-time customer at Royalicious, Breneman said she was overwhelmed with her choices at the new eatery at 621 W. Jubal Early Drive.

Did she want biscotti, a Napoleon, a lobster tail (crunchy pastry filled with Italian custard), rainbow bar or Oreo cheesecake? Or how about anise-flavored pizzalle, a giant cinnamon bun, a chocolate cigar or a black-and-white cookie?

A commercial banking officer with First Bank, Breneman said she’s glad to have a place nearby to take clients for a treat and conversation out of the office.

Ultimately, Breneman chose two iced lattes, an apple fritter and a cannoli, freshly filled with cream, to share with her client.

“We’re glad you’re here,” Breneman told the staff as they prepared her order.

Owners John and Winnie Costantino, along with John’s daughter — Jacqueline Gray and her husband, Eric Gray — opened Royalicious in mid-May. This is the second location for Royalicious, which opened in Charles Town, W.Va., in 2011.

John Costantino was fine with the one location — beginning work at 4 a.m. to create treats for one bakery was hard enough — but his daughter and wife had other ideas.

“I didn’t want to do this,” Costantino said, as he took a break from baking one day last week.

John has been doing “all this stuff” for decades. Raised in a large Italian family, he remembers standing on milk crates side by side with his cousin to roll out knot dinner rolls.

“My whole family in New York does this,” said John, whose father and grandfather both owned bakeries.

John opened his first bakery in Long Island in 1978 with his first wife, Cookie. They moved to Germantown, Maryland, in the early 1990s and operated another bakery for more than 20 years before ultimately settling down in Charles Town. After Cookie passed away in 2015, Jackie joined John in his life’s work. Eventually, he met and married Winnie, who knew little about cooking the Italian way and even less about big Italian families — but she was eager to learn.

That’s why at Royalicious you’ll find white fish salad and Nova lox sharing shelf space with pimento cheese and pickled beets. Bagels in a more than a dozen flavors are homemade, as is potato candy.

Potato candy? Is that an Italian specialty? Something New Yorkers like?

The new owners planned to open in March and spent weeks improving the kitchen and decorating the walls with New York-themed artwork. And then came the pandemic. They were afraid to open if customers couldn’t come in.

But with the rent due, it became clear they couldn’t keep pushing back the opening date. “Business has been pretty good since we opened,” Winnie said. “The spot is beautiful, and the people have been fantastic.”

Royalicious customers can take out, eat in or sit outside in one of the cafe tables. Catering is also available for those who need platters of subs or trays of cookies.

Customers knowledgeable about New York pastries have been asking John if he knows how to create their favorites. He usually does. Once Royalicious hires a full staff, he plans to add a line of breads and create Italian specialties for the Christmas and Easter holidays.

Anyone looking for a fun outing, could bike or walk along the Green Circle Trail and then treat themselves to a cold drink or an espresso and a pastry from Royalicious.

And if you can’t decide what to order, John suggests the cannoli, a tube of pastry filled with sweet cream. It just might cure your cabin fever or coronavirus malaise.

Royalicious Bagel Bakery and Deli in Winchester is open Thursday through Sunday from 8 a.m. to 4 p.m. Hours will expand as more staff is hired and trained. Call 540-450-5140 to order or for more information on catering.