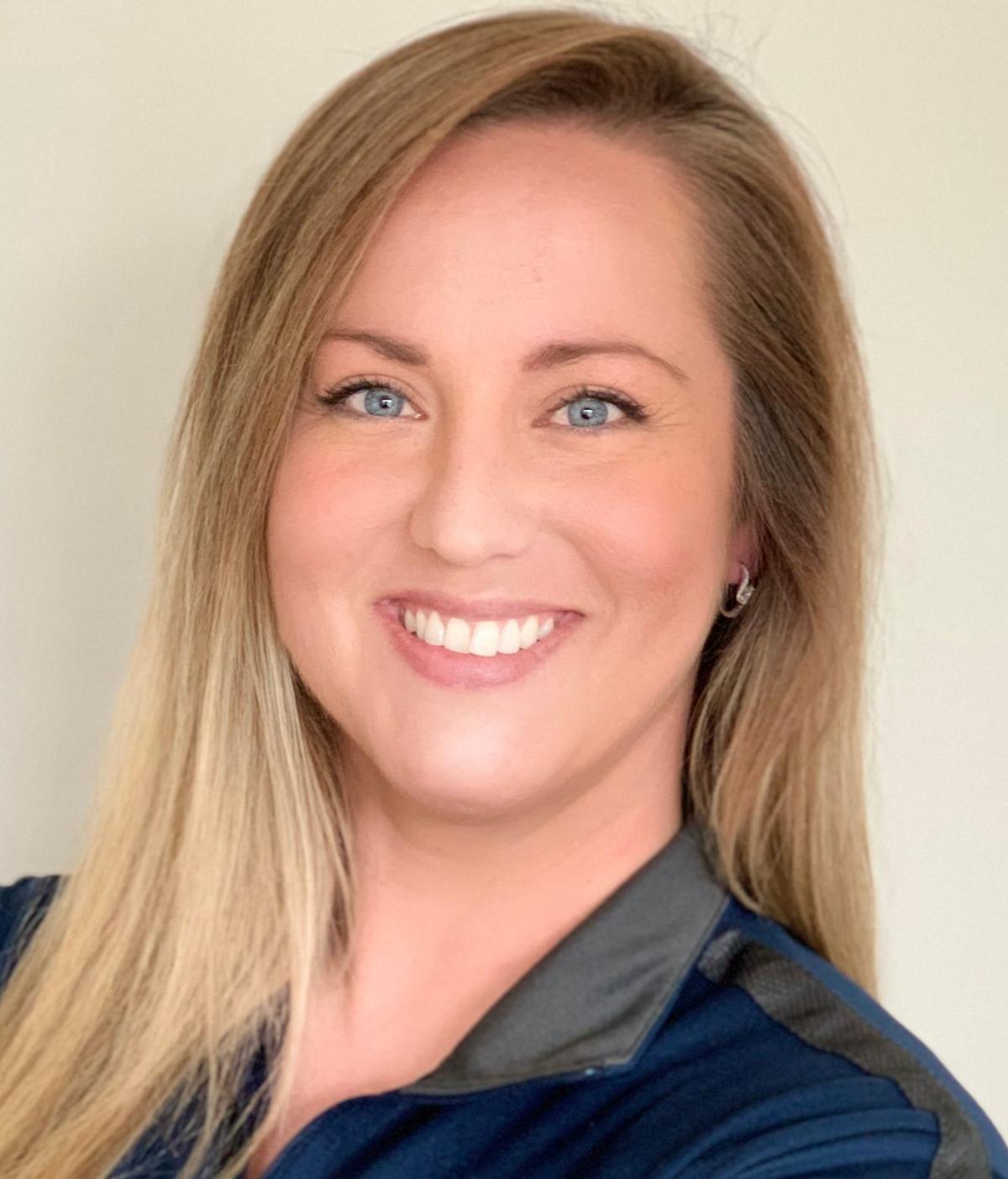 Adrienne Patrick had never been an official volleyball coach when she pursued a teaching job at James Wood in 2016, but she put her goal to coach for the Colonels on her résumé when she applied.

After four years as a varsity assistant and three years as a successful JV head coach, it was announced on Thursday that the 2005 James Wood graduate would run the varsity program that she once played for as head coach.

Jaime Terenzi resigned as the Colonels head coach last week after one season due to family commitments, according to Colonels coordinator of student activities Craig Woshner. Terenzi, who also coached at Shenandoah University from 2010 to 2018, could not be reached for comment.

“It’s been my goal since I graduated high school in 2005 to come back and coach here,” said Patrick, a social studies teacher whose maiden name is Whitacre. “This is my dream.”

Patrick — who went 57-6 as the JV coach — will take over a Colonels team that thrived under Terenzi, The Winchester Star and Class 4 Northwestern District Coach of the Year in 2019.

James Wood went 23-5 for its most wins since 2016, and qualified for the Class 4 state tournament for the first time since 2016. James Wood also swept the Class 4 Northwestern District regular-season and tournament titles by going 17-0 in league play. The Colonels had not won the district since 2014.

“I was sorry to see Jaime step down,” Woshner said. “I think she did a great job. In her only year here, she accomplished a lot. I think the girls enjoyed playing with her. I wish her the best.

“We feel comfortable with Coach Patrick. She’s done a great job at the JV level, and we thought she was ready to step up into the varsity role. I think she’ll do a great job.”

While Patrick had never coached in any official capacity before arriving at James Wood, she’s been drawn to coaching even before she completed her high school volleyball career.

She volunteered to help current Millbrook coach Carla Milton instruct the Frederick County Middle School eighth-grade team back when Patrick was a three-year varsity player for Milton at James Wood. Patrick has also been the de facto coach for the recreation teams she’s played on over the years, as she would be the one her teammates would lean on.

Patrick was planning to continue in her current coaching roles at James Wood. She said she had no idea that Terenzi was thinking about resigning until Terenzi told her last week — the duo discussed offseason workouts in February and had arranged a volleyball interest meeting for March 24. Of course, that meeting didn’t take place because school has been shut down since March 16 because of COVID-19.

Woshner said the fact that Patrick already works at the school should continue to be a plus for her in terms of building relationships and recruiting players. Neither Terenzi or her predecessor, P.W. Hillyard, worked at James Wood. Patrick was a volunteer assistant varsity coach in 2016 before becoming an official member of the program in 2017, and she used her status within the school to help with the communication process and in the program.

Because of the uncertainty with COVID-19, Patrick said it’s hard to make any plans with the program. All she knows is that she wants to do whatever she can to help James Wood continue to improve if the Colonels get to have a normal fall season.

“Of course, I want to win districts again,” Patrick said. “I feel like we have the talent to do that. Then we’ll take it from there. I want us to have our first state championship.”