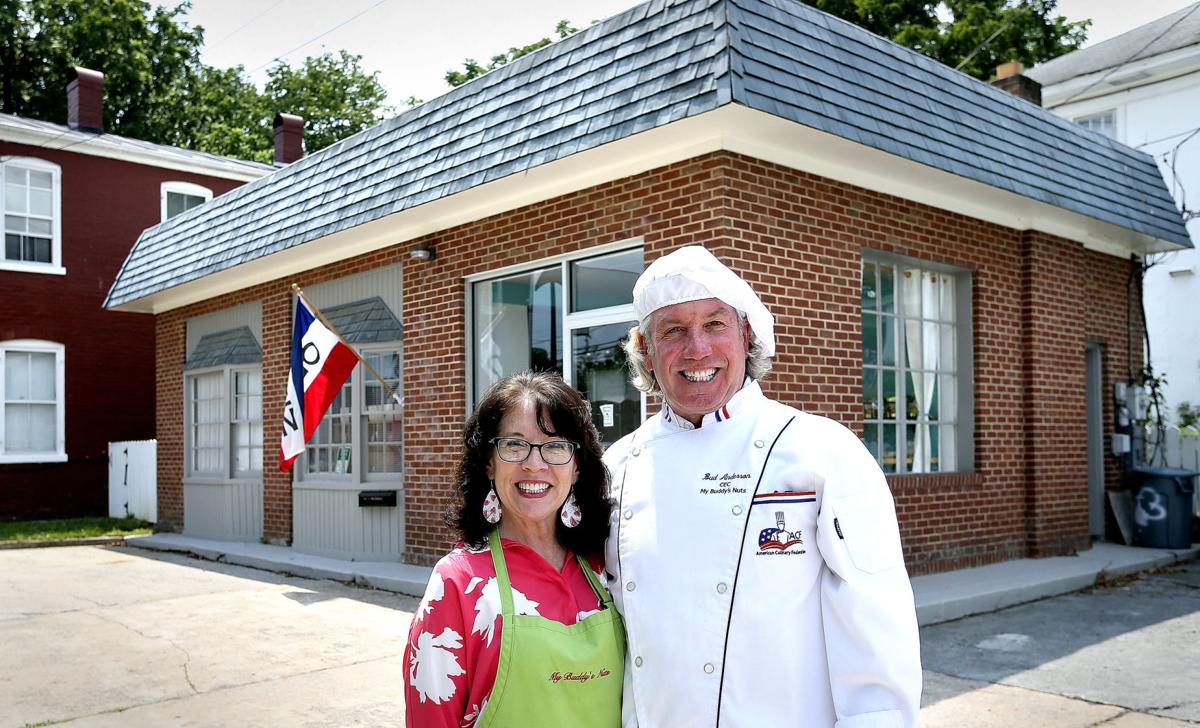 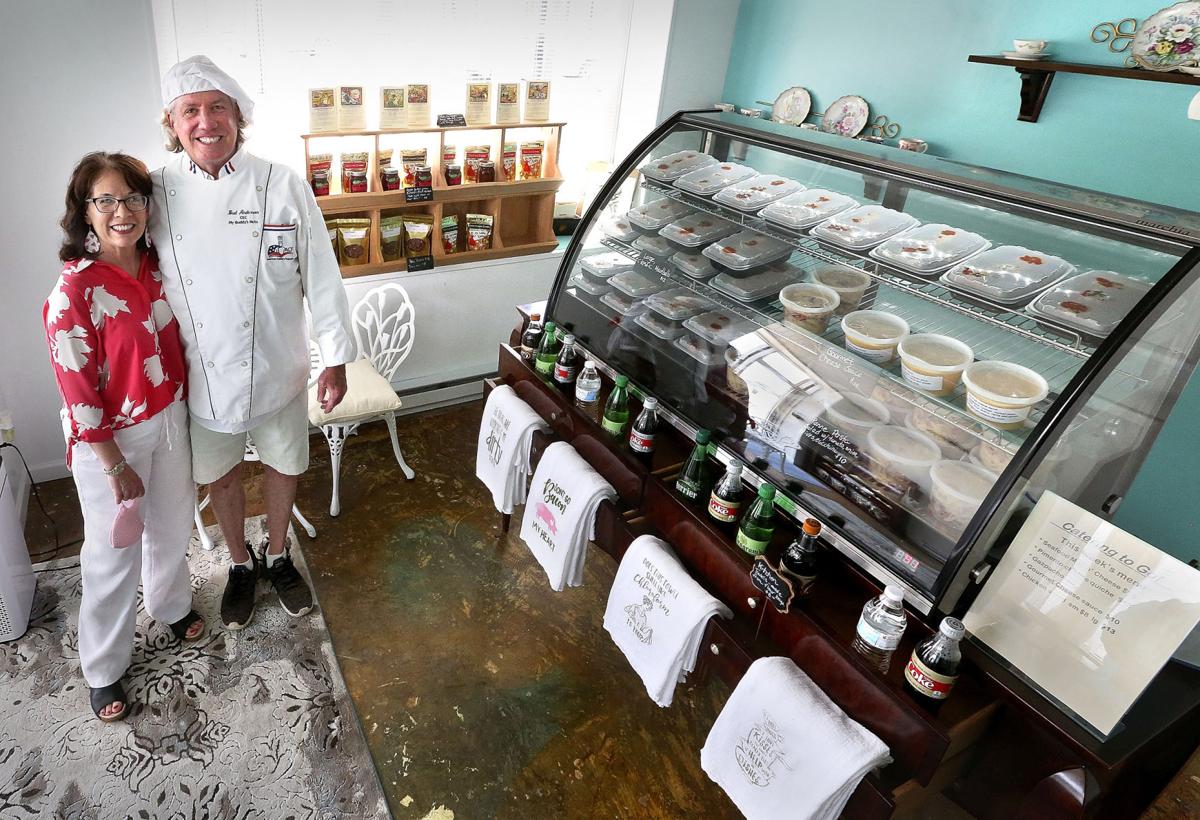 Bonnie Jones and Phil Anderson have opened The Chef’s Corner at 601 S. Braddock St., where they serve fresh prepared foods. 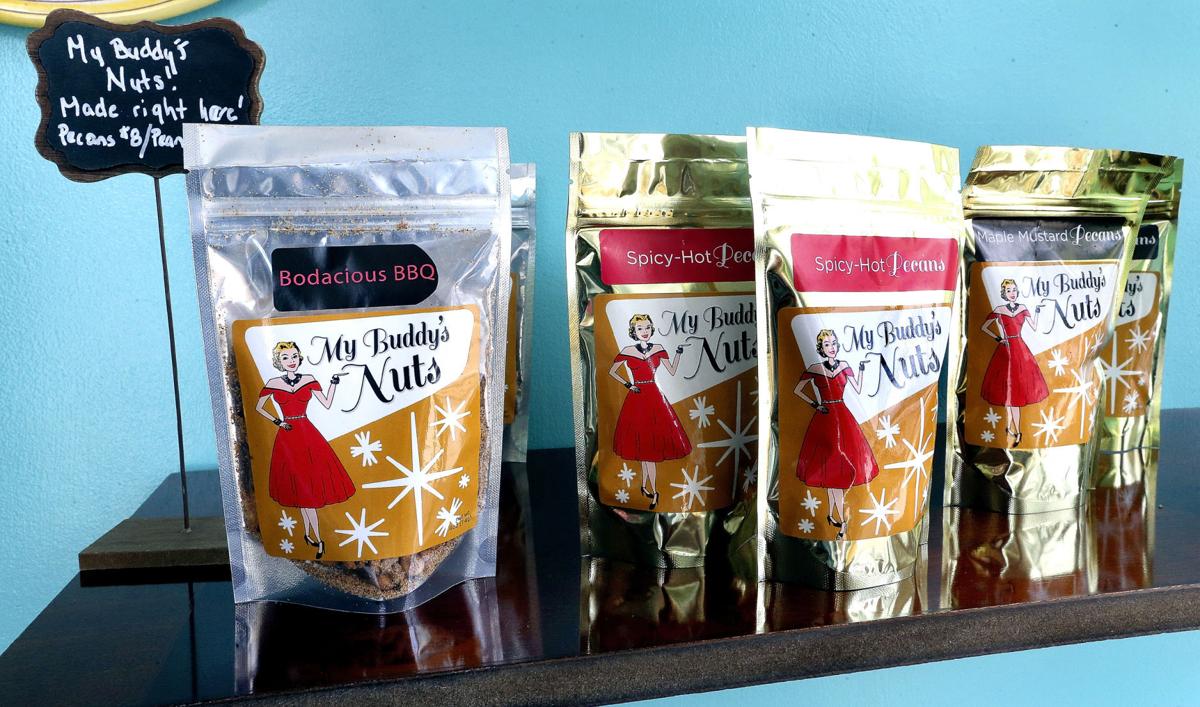 My Buddy’s Nuts are made at The Chef’s Corner at 601 S. Braddock St. 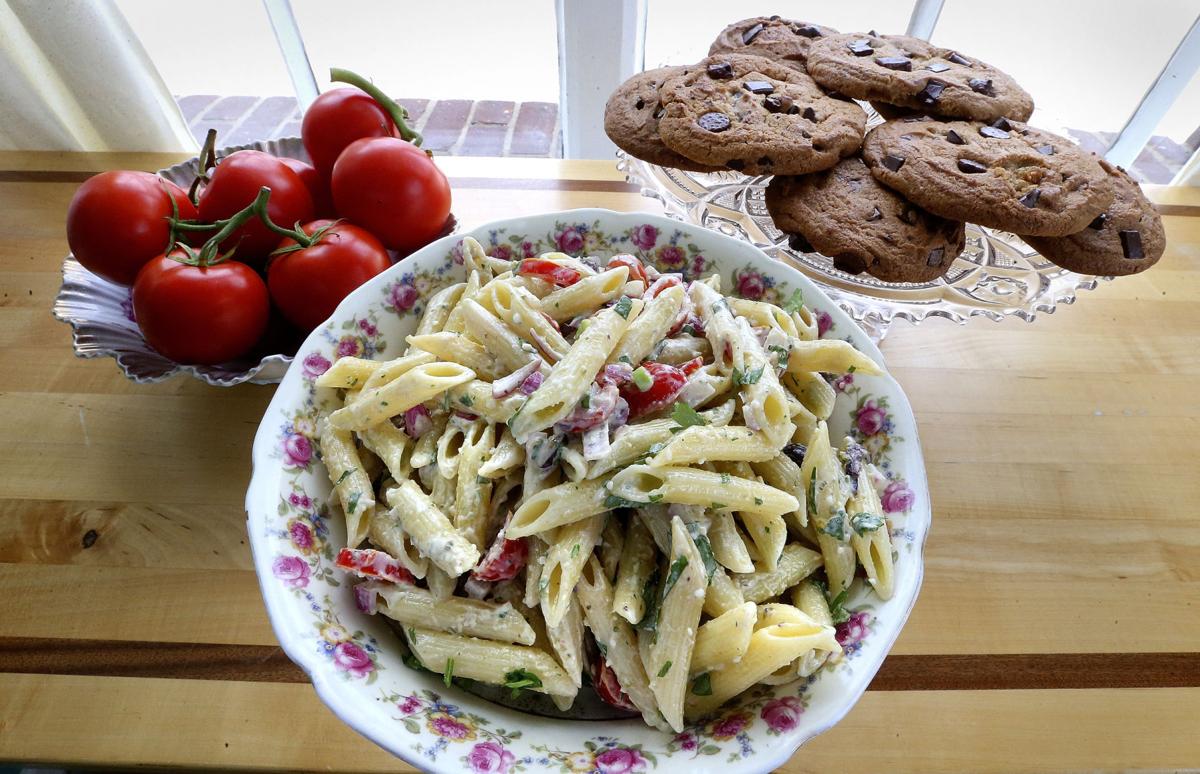 Bonnie Jones and Phil Anderson have opened The Chef’s Corner at 601 S. Braddock St., where they serve fresh prepared foods.

My Buddy’s Nuts are made at The Chef’s Corner at 601 S. Braddock St.

WINCHESTER — After renting kitchen space with no place to call their own, Bonnie Jones and Phil Anderson settled into a space at 601 S. Braddock St. around the middle of April.

Having both a kitchen and retail space, The Chef’s Corner was born. Jones serves as the owner while Anderson works as the chef.

At The Chef’s Corner, the couple focuses on filling pre-orders from customers, which can be picked up while the shop is open between 10:30 a.m. and 5:30 p.m. on Fridays or at one of the various farmers’ markets where Jones and Anderson set up.

Though the two had already been preparing meals to sell prior to the COVID-19 pandemic, the idea to secure their own location came on strong during that time.

“When COVID hit, we took our gourmet to-go meals to the farmers’ markets and it just started evolving. So, we wanted a place we could offer some catering, and we’d have a place for people who couldn’t get to the farmers’ markets,” Jones said. “We’d been looking for a kitchen of our own for a long time. This honestly fell into our laps. We said it was a sign and said, ‘Let’s do it.’ It’s been really good for us.”

The menu at The Chef’s corner changes weekly. It could include items such as meatballs, chicken salad, lobster mac and cheese, chicken Parmesan, quiche, soups and various desserts.

Anderson, who has been in the food industry for the last four decades, described the food as “classic, but with a twist.”

“A classic meatball, for example, has veal, pork and beef. Then I throw in the Parmigiano-Reggiano, sundried tomatoes, basil, pine nuts, that sort of thing,” he said. “It’s a classic with my spin on it. That’s how we cook.”

Anderson said customers often give them suggestions on what menu items they’d like to see. Jones has the final say, but many of the suggestions are taken to heart.

Jones said the goal with the menu is to keep high-quality but affordable foods on the list.

“We’re trying to keep our prices the same that they’ve been,” she said. “Prices are going up, but we’re striving not to. We’re thinking of things that we can pass along and still be affordable to the customer.”

In addition to their in-store and pre-order options, The Chef’s Corner also offers catering, which can be delivered right to your doorstep. Their catering is also part of the catering companies offered at Piccadilly Place in Winchester.

When Anderson retired in 2015 and began working for his wife in 2017, the couple said they knew they wanted to open up their own shop together. They did so briefly on the Loudoun Street Mall, but that was a short-lived experience.

In the meantime, they continued working farmers’ markets and selling their patented snack, My Buddy’s Nuts. They built up a positive reputation in the community over that time, which has helped their new venture take off in the first few months.

“When we didn’t have a brick and mortar, people still knew us,” Jones said. “And when we started back in the farmers’ markets, people remembered us.”

Farmers’ markets remains very much at the center of the couple’s operations, though. Today, they will be set up at the Freight Station Farmers Market at 315 W. Boscawen St. in Winchester.

But having a place for The Chef’s Corner to “call home” is something special, the couple agreed.

“The difference of having a place and not renting a kitchen is that you don’t have to haul everything to a kitchen, cook it, pack it, tag it and take it to your destination to sell it,” Anderson said. “The other day I walked in here and I said out loud that I love this place.”

For more information on The Chef’s Corner visit www.thechefscorner.net or call 704-408-3385.

At The Chef’s Corner, customers can pick up their pre-ordered meals between 10:30 a.m. and 5:30 p.m. on Fridays or at one of the various farmers' markets where the proprietors set up.