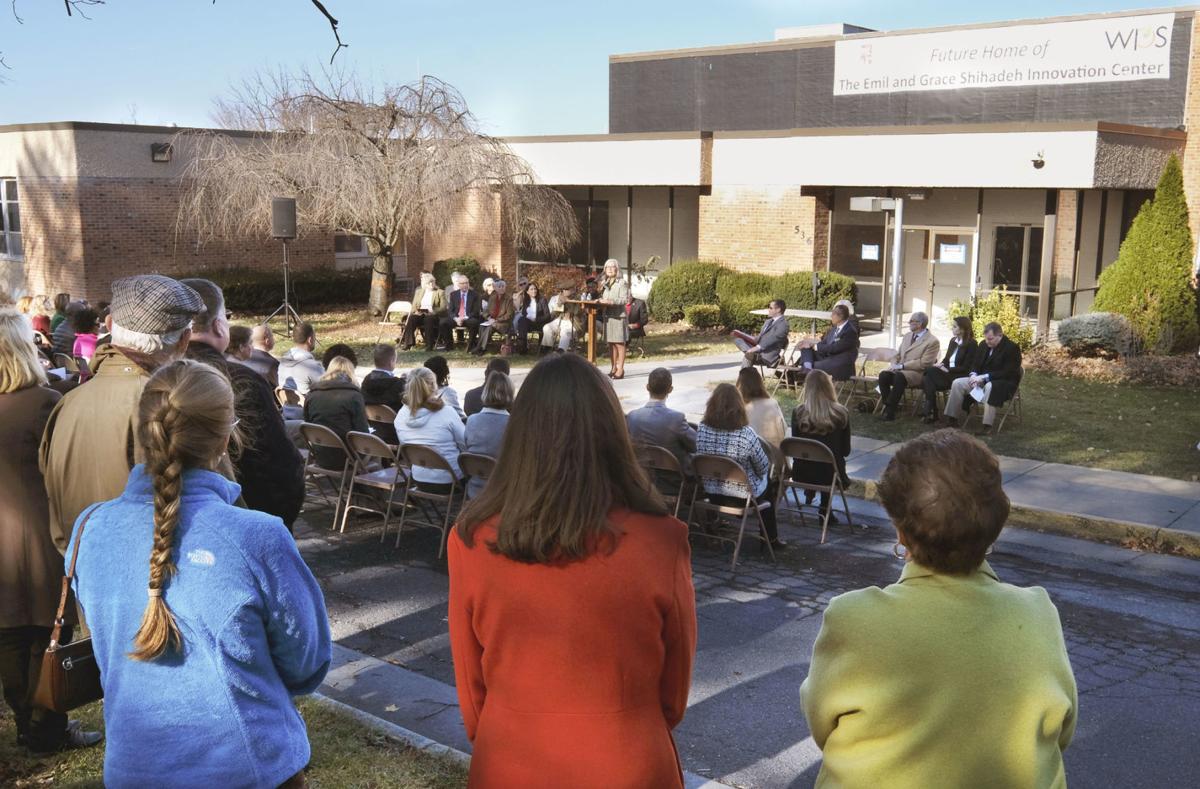 A construction kickoff ceremony was held Monday afternoon for the Emil and Grace Shihadeh Innovation Center at the site of the former John Kerr Elementary School on Jefferson Street. 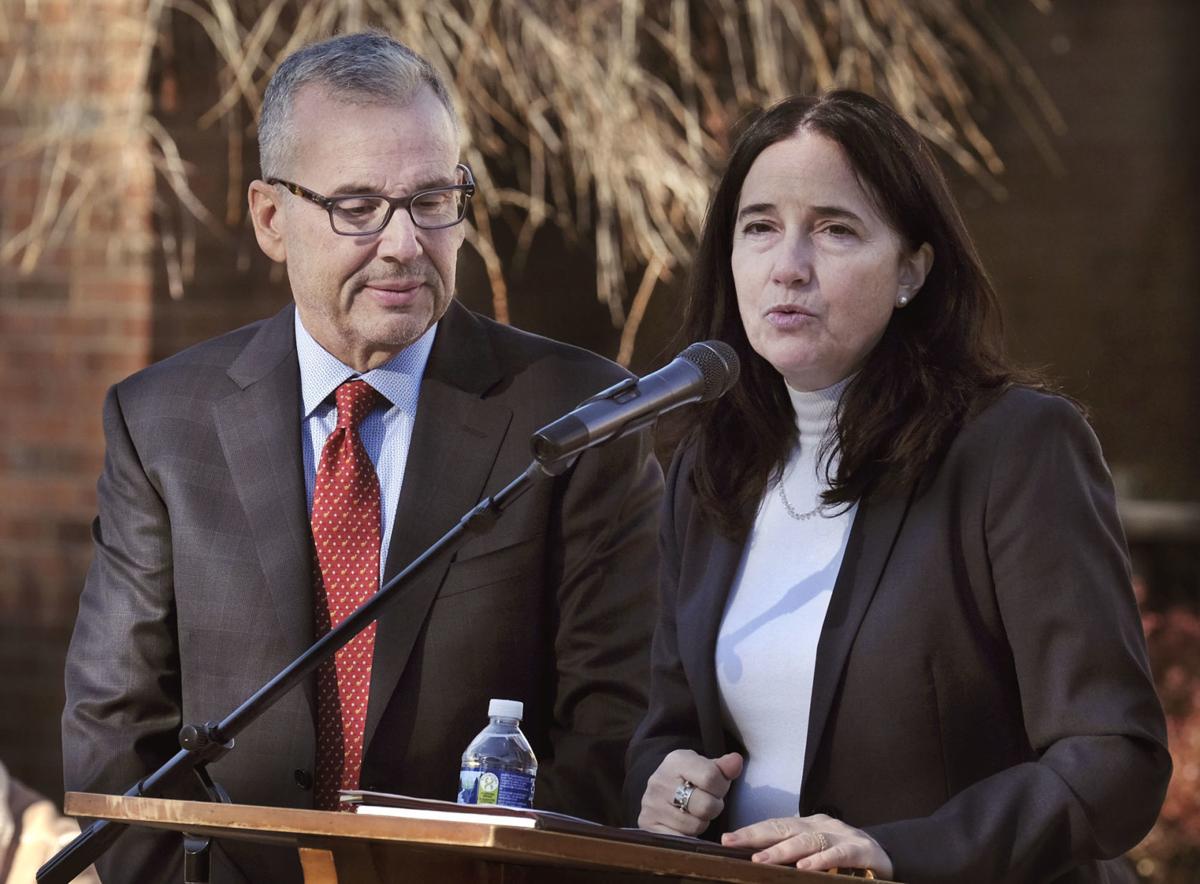 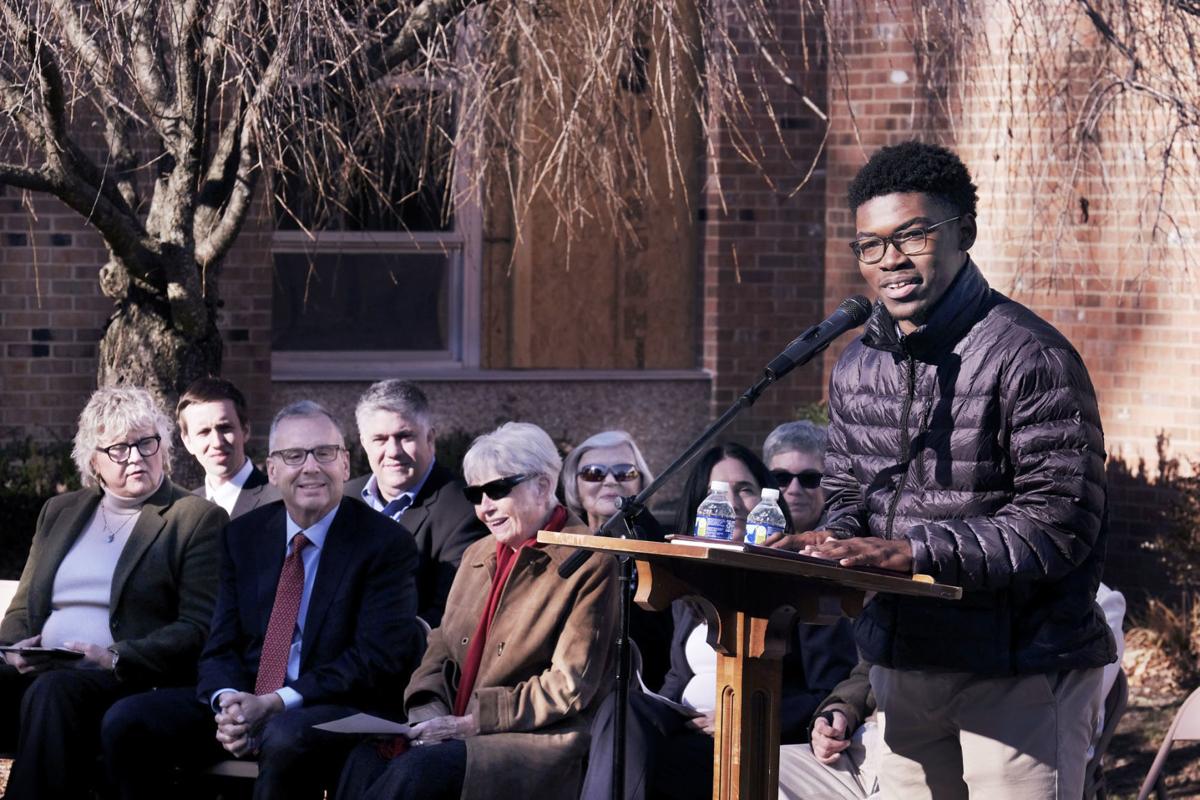 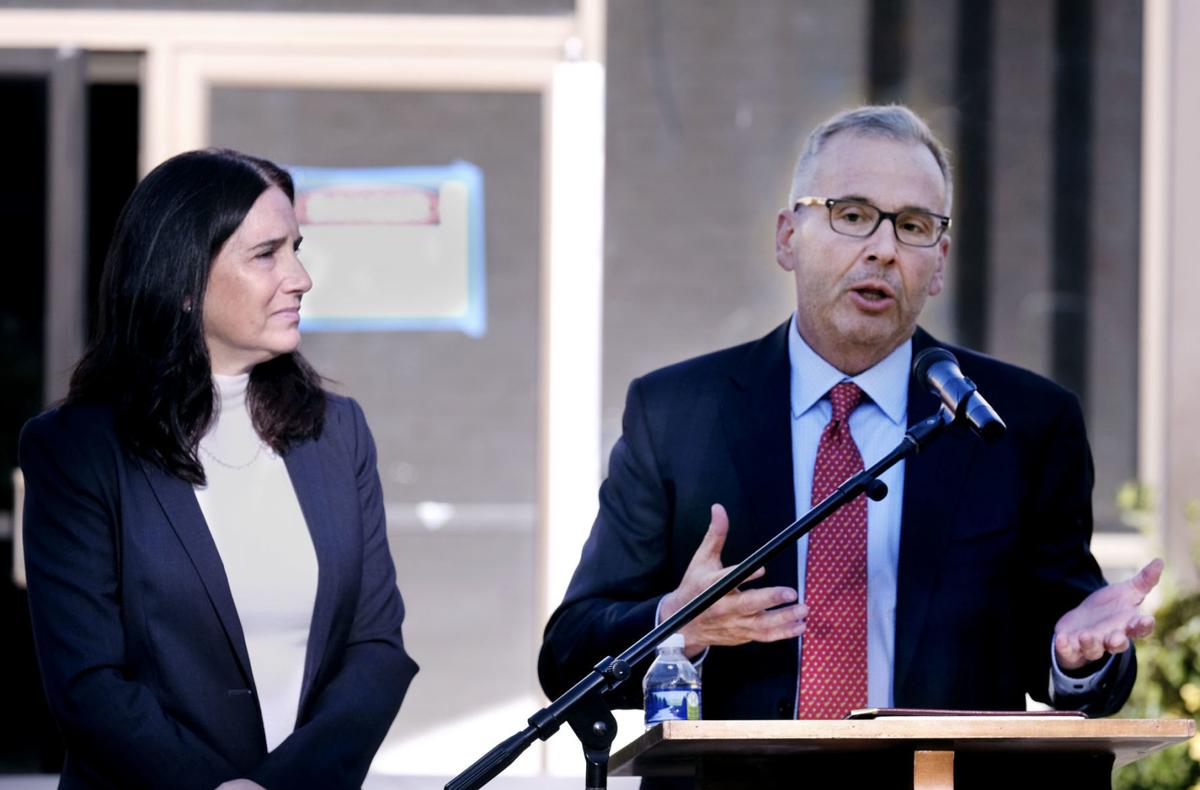 Karen Schaufeld listens as her husband, Frederick Schaufeld, speaks Monday afternoon at the construction kickoff ceremony for the Emil and Grace Shihadeh Innovation Center at the site of the former John Kerr Elementary School on Jefferson Street. 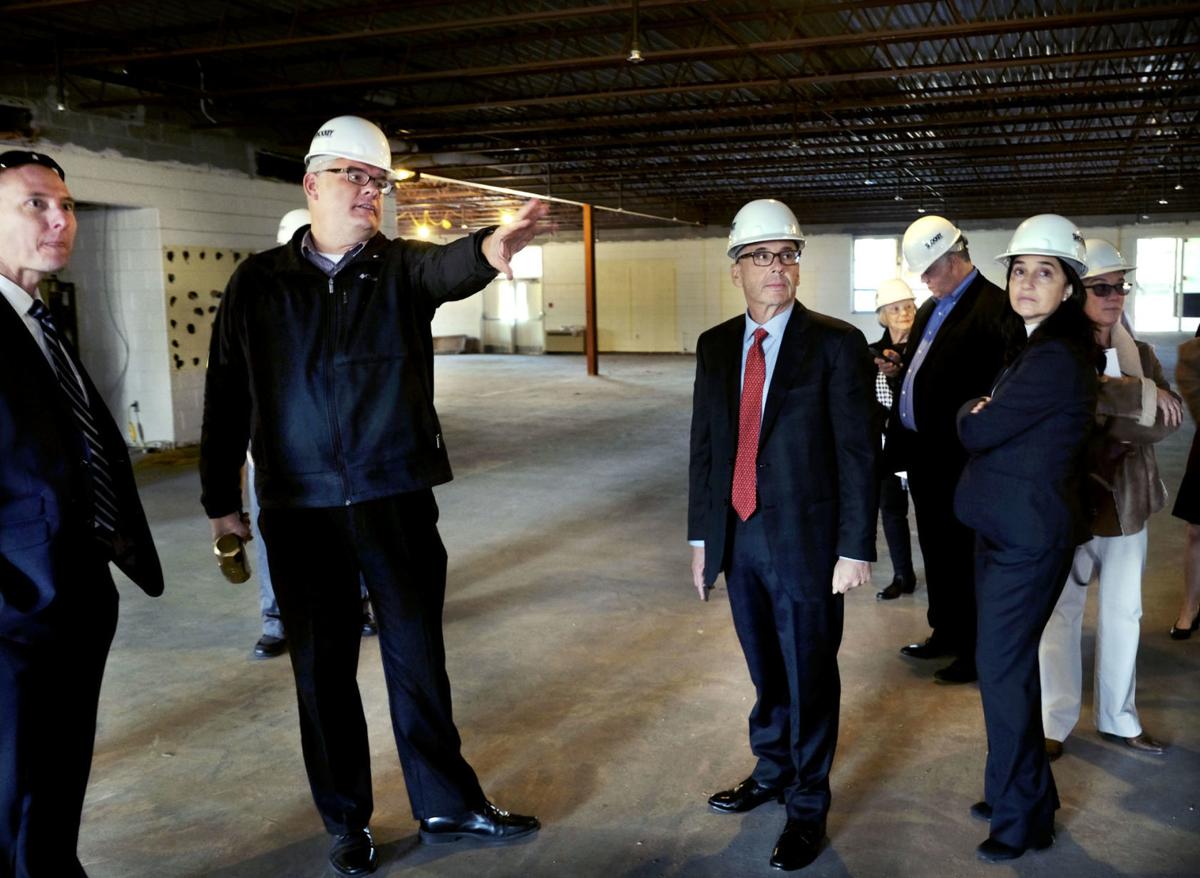 A construction kickoff ceremony was held Monday afternoon for the Emil and Grace Shihadeh Innovation Center at the site of the former John Kerr Elementary School on Jefferson Street.

Karen Schaufeld listens as her husband, Frederick Schaufeld, speaks Monday afternoon at the construction kickoff ceremony for the Emil and Grace Shihadeh Innovation Center at the site of the former John Kerr Elementary School on Jefferson Street.

WINCHESTER — Two years ago, former Gov. Terry McAuliffe came to Winchester to announce that the future Career and Technical Education (CTE) center being created at the former John Kerr Elementary School would be named for Emil and Grace Shihadeh.

Loudoun County resident Karen Schaufeld, the Shihadehs’ daughter, donated $1 million to the project with her husband Fred in honor of her parents.

On Monday, the Schaufelds were back in Winchester to celebrate the groundbreaking for the Emil & Grace Shihadeh Innovation Center at 536 Jefferson St.

The $13.7 million project is slated to be completed in fall 2020, according to the Winchester Public Schools’ website. Three academies will be housed at the center. They will focus on information technology, professional skills and health sciences.

Partnerships with Lord Fairfax Community College and local industry leaders have helped make the center possible for the school division.

Students and adults will benefit from the facility, with Lord Fairfax Community College providing instructors and equipment for certification and credit-bearing courses.

“This is just like icing on top of the cake,” WPS Superintendent Jason Van Heukelum told Valley Health President and CEO Mark Merrill. “You’ve already given so much to our kids, not just in Winchester, but in our region.”

Merrill told the crowd that having 21st century skills is essential. He added that public school education is one of the great equalizers of society.

“We talk about the challenges facing our country, whether it be income inequality or health,” Merrill said. “One of the most important contributors to success is education.”

The late Emil Shihadeh, who worked as a welder and was the child of Palestinian immigrants, taught his son-in-law Fred Schaufeld that the world needs more than just investment bankers.

Student debt in the U.S. currently totals more than $1.5 trillion.

Karen Schaufeld told The Star that growing up she mostly encountered educational systems that focused on sending students to college.

“They basically devalued the skills of those who work with their hands and with their minds, and that’s a terrible thing to be saying to our young people,” she said. “That’s why I care so much about it.”

She said she to chose to donate to WPS because of the team working on the innovation center.

“It was the right team, they totally got the concept. They understood career counseling from eighth grade on,” she said. “But also the idea that everyone should come through this program, because it’s going to have a problem-solving part to it.”

Grace Shihadeh, Karen Shaufeld’s mother, attended Monday’s ceremony. She worked as a nurse for 35 years after she moved to the United States from Ireland when she was 18. Grace Shihadeh believes CTE is important because it has job security, which isn’t the case for all students who earn a college degree.

Collins shared during the ceremony that the innovation center means a lot to him. He said the first degree he obtained was an associate degree in science for respiratory therapy. He was not a typical straight-A student, nor did he have strong SAT scores. Now a lawyer, Collins said he wouldn’t be where he is in life today without that degree.

Handley High School student Miles Ashe said during the ceremony that in high school there are only a handful of moments that students will remember — it might be their last school dance, a favorite teacher or a favorite sports team. They won’t likely remember their last trigonometry test or the organelles of a cell, he said.

For Miles, there are a few CTE projects he has completed that will stick with him for the rest of his life: building and designing a CO2 car with just a block of wood and wiring his own light switch.

“That’s not memorization. That’s real learning. That’s real growth,” Miles said. “That’s what I think this innovation center will provide for not only this school but this community.”