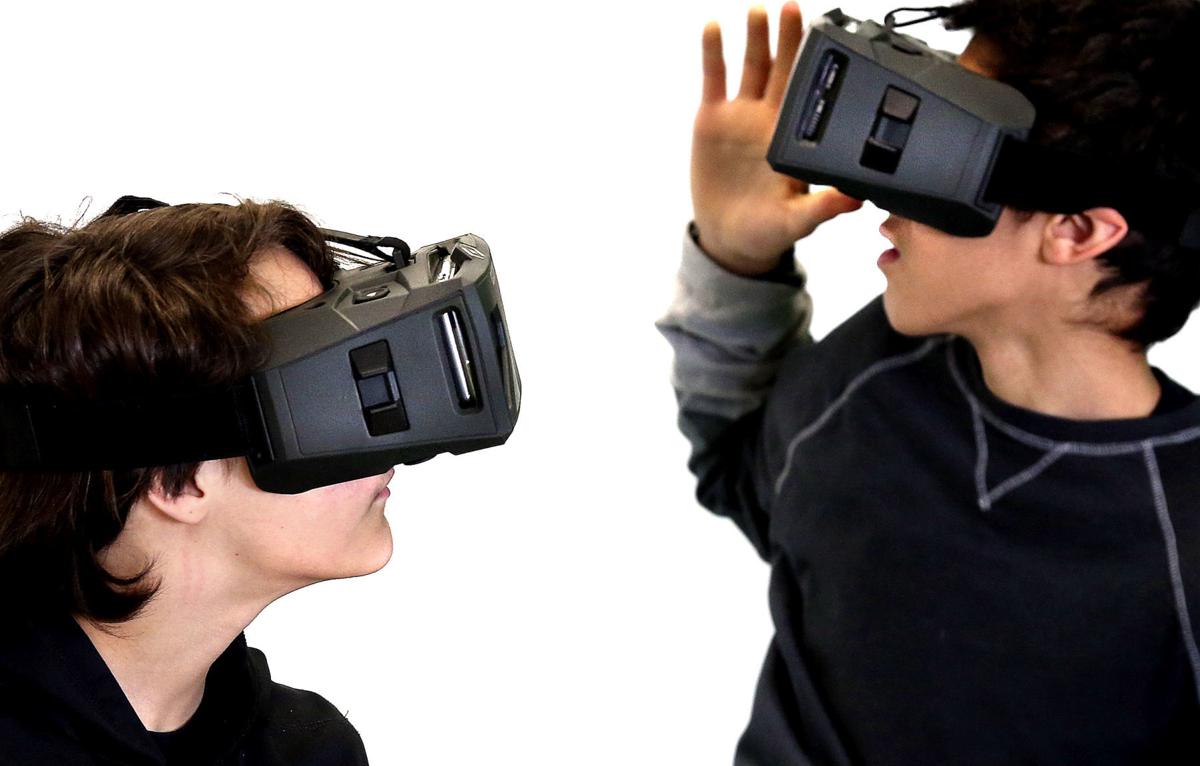 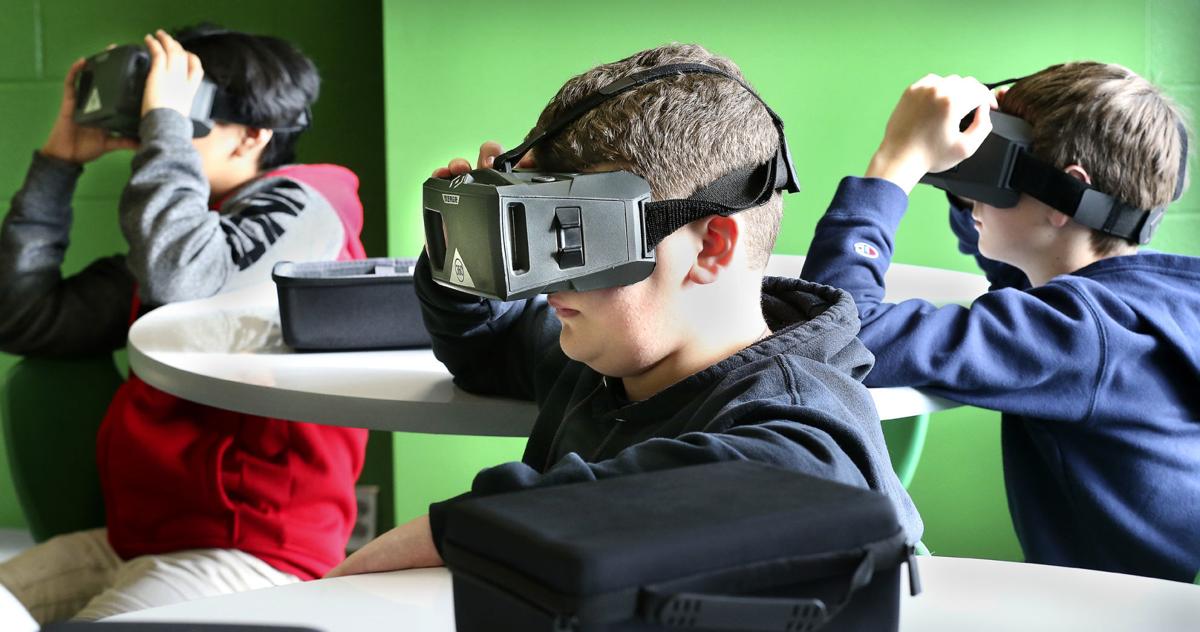 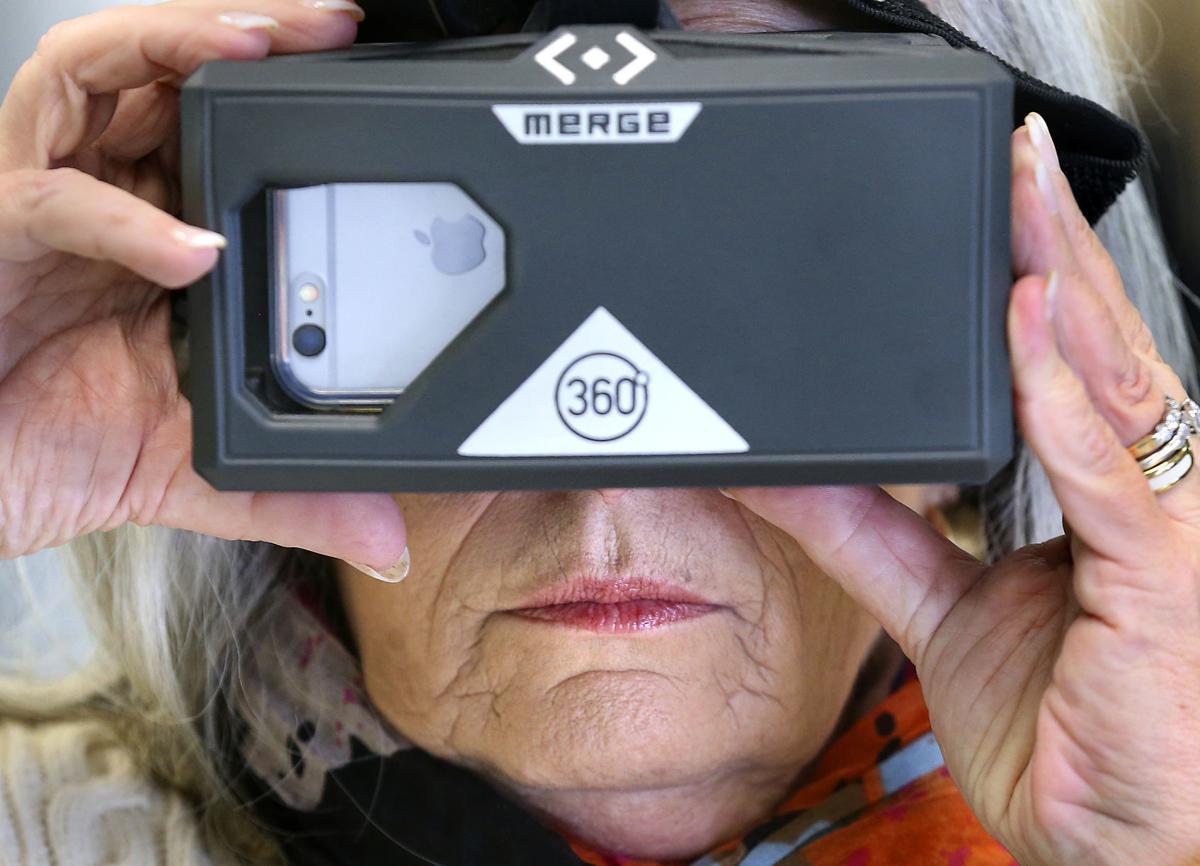 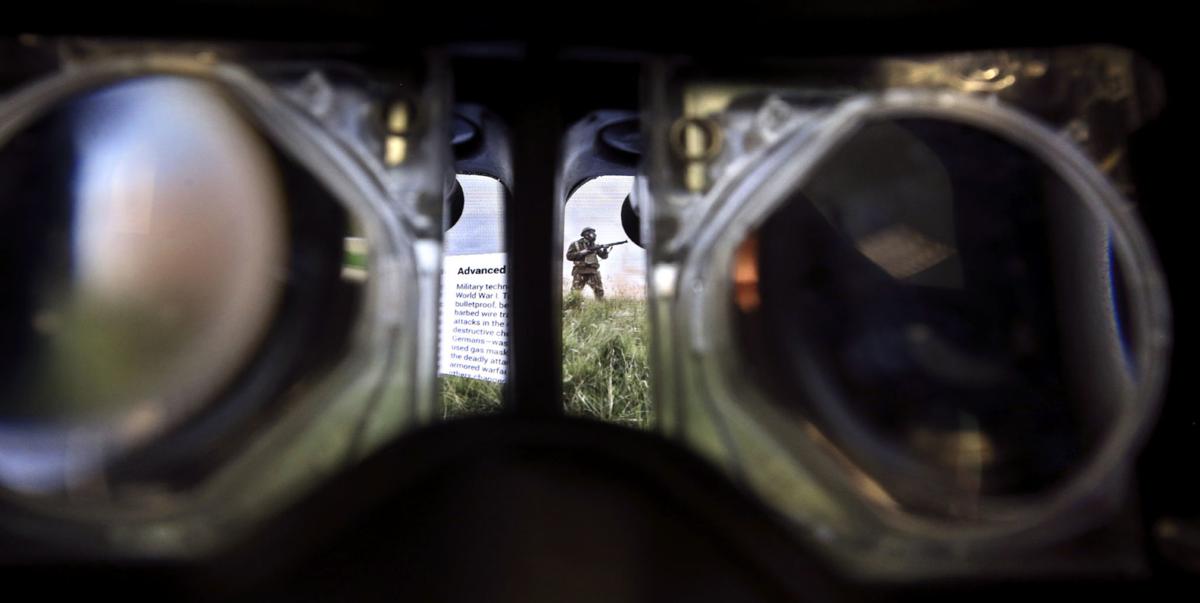 A World War I soldier wearing a gas mask and holding his rifle is seen through virtual reality goggles.

A World War I soldier wearing a gas mask and holding his rifle is seen through virtual reality goggles.

WINCHESTER — Virtual reality (VR) is making its way into the classrooms of local public schools allowing students to immerse themselves in lessons that traditionally would have been taught out of a textbook.

For instance, seventh graders at Daniel Morgan Middle School recently learned through VR about the various weapons and techniques used in combat during World War I. All it took was a pair of goggles, a smart phone and a hand controller to get students engaged in the lesson through a computer-generated three-dimensional (3D) world. Daniel Morgan recently created a technology lab to make VR learning possible for its students.

By looking through the goggles, students can feel like they are in a virtual world that shows them what tanks in WWI looked like or the kind of barbed wire that was used on the battlefield. The realistic 3D images were accompanied by audio explanations.

Hudson Fox, 12, said he learned how lethal and damaging to the human body mustard gas can be.

“I like it, it’s pretty cool,” he said about using VR in the classroom. “I just like how you’re able to actually see it instead of reading it in a textbook.”

Chuck Crawmer, 13, said he learned through the VR lesson that trench warfare ended because of advancements in mustard gas and tanks.

“I think it’s very interesting,” Chuck said. “It’s a different medium than what we usually do instead of pencil and paper or just a Chromebook. It’s surrounding us like we’re in the scenario.”

“We can’t jump on an airplane and fly over to the Western front,” Lupton said. “But they can go into the trenches.”

Lupton added that the City Council, the School Board and city taxpayers have been extremely supportive in making immersive learning with technology, such as VR, possible.

“I’ve had other folks come in and observe and they feel like this is a private-school caliber type of education that’s available because of the technology,” he said.

After students got their lesson in VR at Daniel Morgan, several Winchester School Board members stopped by the new technology lab and tried out the VR headsets themselves.

“I think we’re speaking the language of the students now,” said School Board member Bryan Pearce-Gonzales. “This is how they learn, this is the world that they live in, so if we can tailor the curriculum to help them advance using their own language, I think it’s great.”