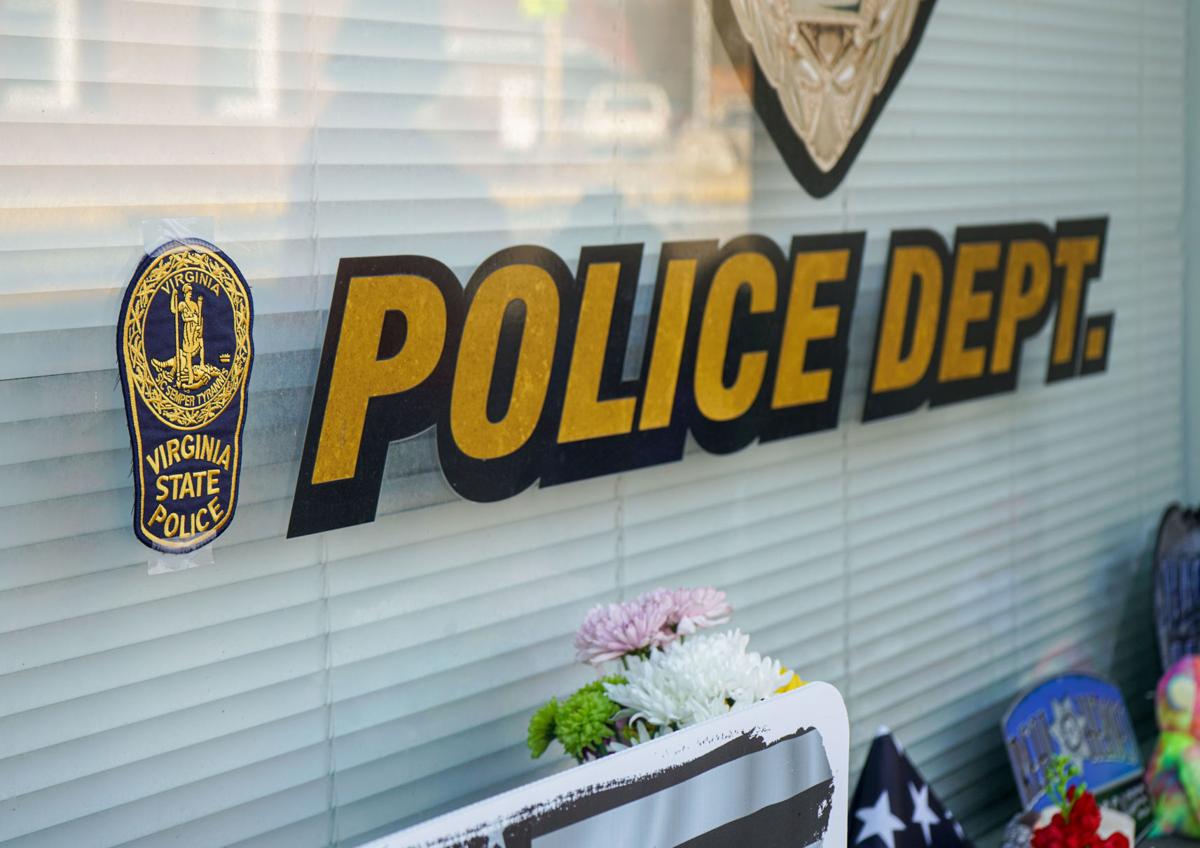 A Virginia State Police patch taped onto the Stanley Police Department window was left by state trooper Brandon Tester, a close friend of officer Dominic “Nick” Winum, who was killed in the line of duty Friday. 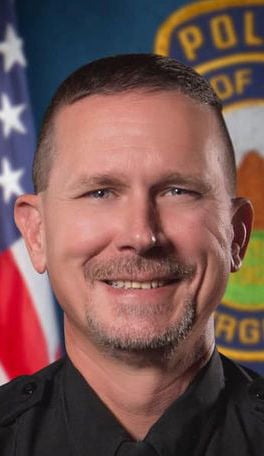 A “be on the lookout” for a suspicious person with a gun led to the traffic stop Friday in which Stanley police officer Dominic “Nick” Winum was shot and killed, according to Virginia State Police.

Winum spotted a 2002 Honda Civic matching the description of the suspect vehicle at 3:15 p.m. and initiated the traffic stop, state police said. Both cars pulled over in the 600 block of Judy Lane.

Before Winum got out of his patrol vehicle, the suspect exited the Honda and opened fire, killing Winum.

The suspect, identified as Dakota G. Richards, 29, of Stanley, fled into nearby woods. A handgun was recovered from his vehicle.

Richards was later found hiding in a barn in the 700 block of Marksville Road. There, Richards made a “threatening movement” and was shot by Page County sheriff’s deputies, police say.

Richards, who had a Smith & Wesson M&P-15 rifle in his possession, died of his injuries, according to the state police.

Winum, 48, was a five-year veteran of the Stanley Police Department. He joined the department in 2016, after serving 10 years as a trooper with the Virginia State Police.

Gov. Ralph Northam ordered flags to be flown at half-staff this week to honor Winum.

His funeral will be held at 2 p.m. today at Luray High School’s Bulldog Field.

Staff at Bradley Funeral Home, who are handling the arrangements, are encouraging people to arrive early for the funeral service, as they expect a large turnout.

According to the Page County Sheriff’s Office, police from across the state are expected to attend the service to honor Winum.

Where is the cop killer to be buried? I'd like to know, because I bet a lot of folks want to go make sure his gravesite is properly "fertilized". Garbage.