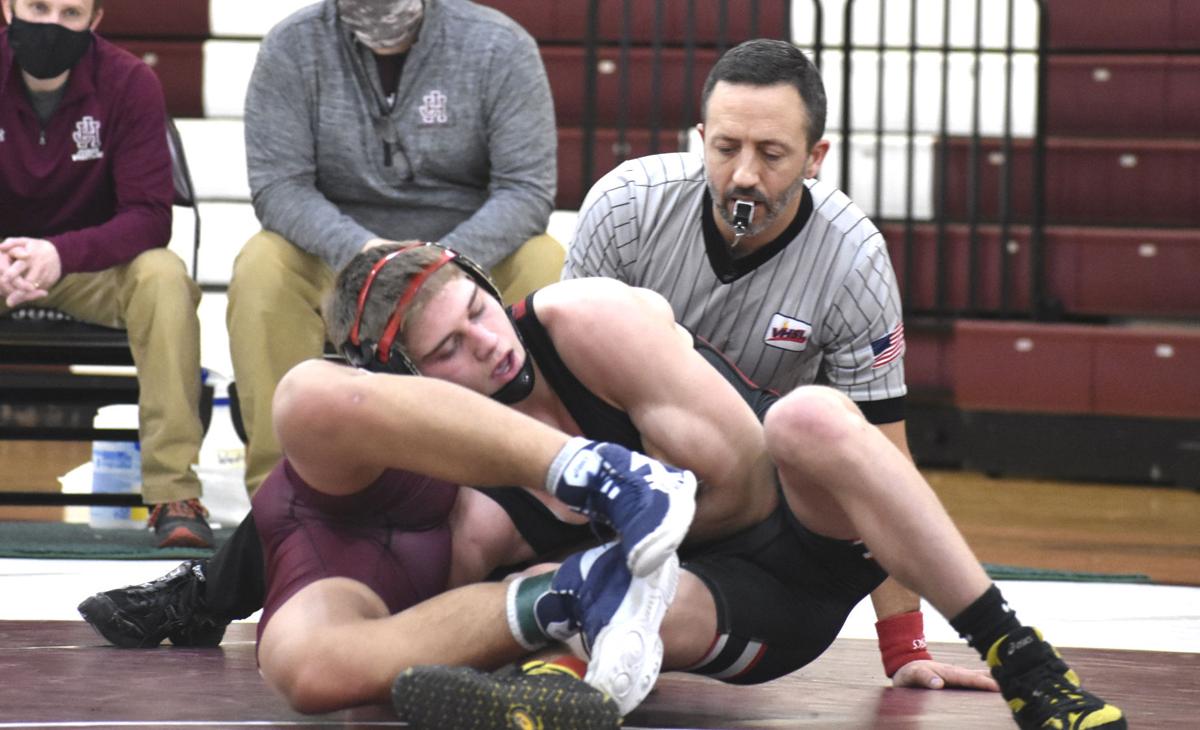 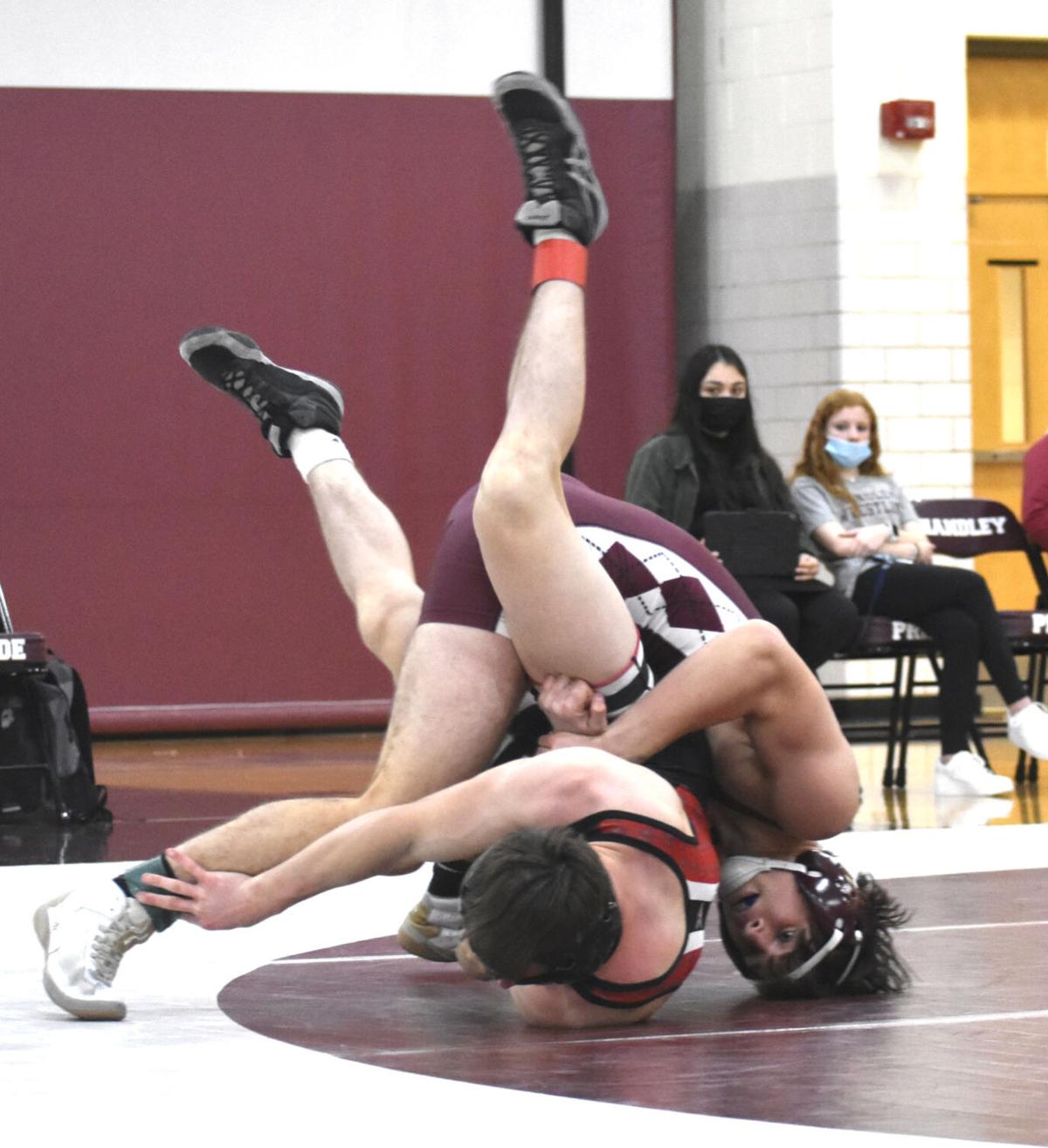 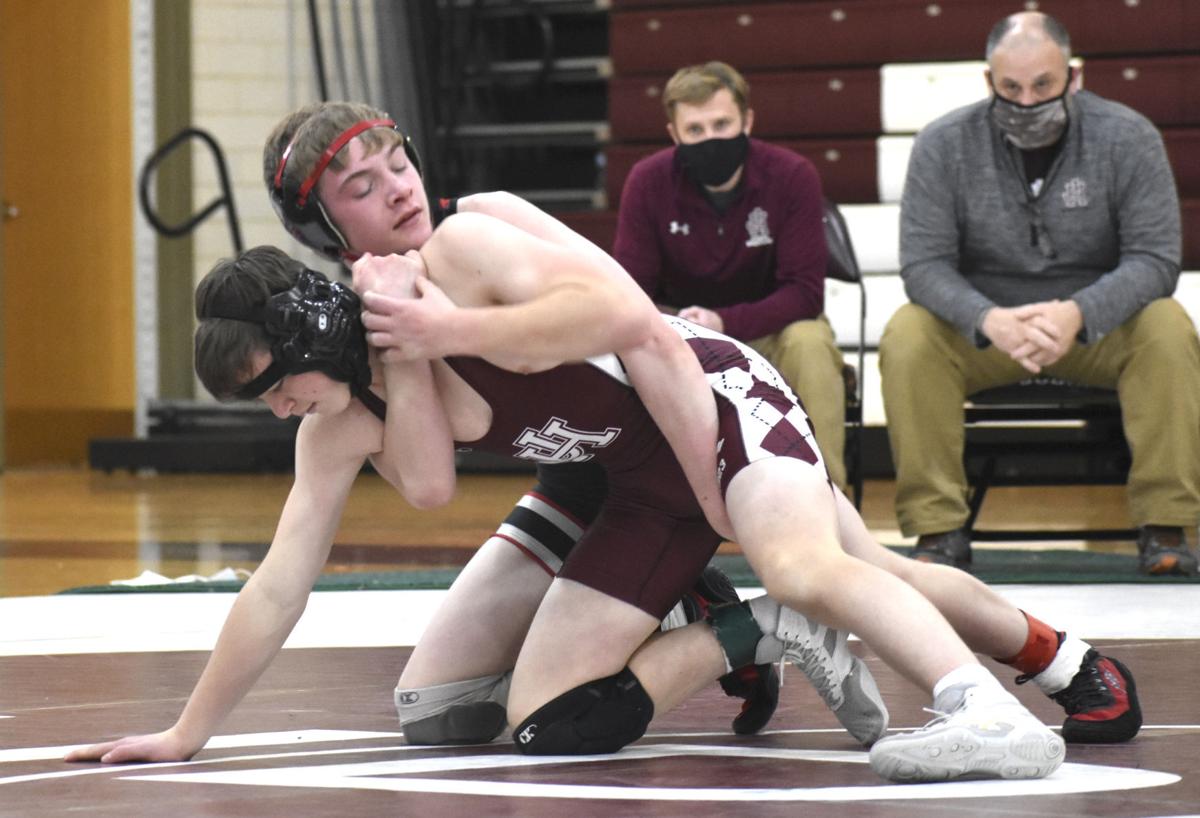 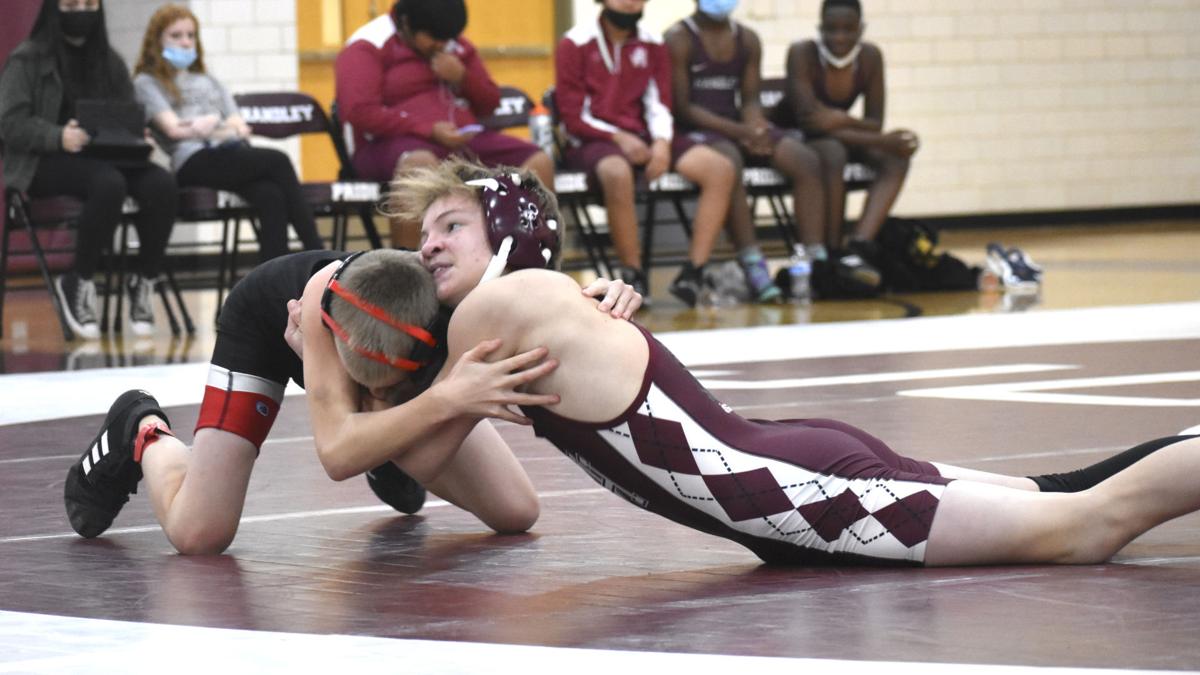 Because of illness, this winter has been all about adjustments for all sports and schools — even before Monday’s snow — and Wednesday was another example of the Sherando wrestling team adjusting quite nicely.

Sherando improved to 14-1 overall and 3-0 in Class 4 Northwestern District duals with a 55-19 victory over the Judges. Class 4 power Fauquier was also supposed to attend, but Monday’s snowstorm once again kept Fauquier County Public Schools from competing.

Both teams were without multiple starters. Sherando did benefit from fielding a full lineup — the Judges (11-5, 0-1) forfeited three weight classes — but in the contested matches the Warriors still won seven of the 11 bouts and enjoyed a 37-19 scoring edge.

Every victorious wrestler for both teams avoided late-match drama — Sherando won four matches by fall, one by technical fall and two by major decision, while Handley had two pins, one major decision and one 6-0 decision.

The Warriors picked up two forfeit wins in the first two matches (the competition started at 182 pounds) and never trailed. Handley cut its deficit to 18-13 when sophomore Josh Pangle earned a 6-0 win at 113 pounds in a battle of backup wrestlers. Sherando freshman Anthony Lucchiani’s forfeit win at 120 pounds started a run of six straight victories for the Warriors.

“So far, so good,” said Sherando coach Brian Kibler when asked about the team’s consistency in dual matches. “The biggest thing is trying to keep the guys together and in the lineup. Right now, that seems to be kind of the consistent theme that everybody seems to be having. It’s not just us.

“Who knows what happens when our guys [and Handley’s guys] match up [at full strength]. Tonight, for the most part, we did OK, and we have been pretty consistent throughout the year so far.”

Sherando junior Keagan Judd — who earned a 16-0 tech fall in three minutes and 33 seconds at 145 pounds on Wednesday — said the team’s work ethic has played a big role in its success. In addition to the Warriors’ impressive dual record, the Warriors placed fourth at the Walters/Copp tournament at James Wood when Judd, Lucchiani and Brogan Teter were at the Beast of the East at the University of Delaware (Teter pinned his foe in 1:20 at 152 pounds on Wednesday).

“We’re just hard workers,” Judd said. “We come into practice and battle it out. We’re good as a team. We bond, communicate. It’s like a family, and we’re trying to get better each and every day.”

Kibler said the Warriors realized some things they need to do better with as a result of last week’s Trojan Wars in Chambersburg, Pa., the only competition this year where Sherando hasn’t ranked among the top teams. The Warriors placed 24th out of 50 teams at the elite tournament.

“There is some match-situation stuff we need to work on, particularly stuff at the end of the period, making sure we’re scoring or not getting scored on,” Kibler said. “That kind of reared its ugly head up in Pennsylvania. It wasn’t necessarily at the forefont, but it was still out there tonight.

“Hopefully, we can try and learn from that. But with the weather, and the holidays, and tournaments there hasn’t been a whole lot of practice time to isolate those things.”

For a variety of reasons, Handley’s lineup hasn’t looked much like the one it hoped to have at the beginning of the season. The Judges’ coaching staff wasn’t even as full strength, as head coach Troy Mezzatesta was unable to attend.

“We’re dealing with some things, including injuries,” Judges assistant coach Nick Sardelis said. “We’ve got some seasoned kids and some new kids, so the lineup is pretty mixed.”

Sardelis said Pangle stepped into the lineup on Wednesday after missing significant time. He scored four points in the first period, then recorded a takedown late in the second to complete the scoring in his 6-0 win.

“He hasn’t been in the room but two days, and it’s kinda, ‘Hey, here’s a chance,’” Sardelis said. “For being out as long as he was and now back at it, he wrestled well. You could see his exhaustion, but he gave good effort, and that’s what we’re trying to get.”

The Judges also received wins from Quinton Mudd (pin in 1:59 at 220); Hayden Thompson (8-0 at 106), the younger brother of former Handley wrestler and current Shenandoah wrestler Hunter Thompson; and Simon Bishop (pin in 5:19 at 160 after building up a 12-0 lead).

Handley has had some impressive performances this year, but Sardelis noted that COVID-19 makes the future difficult to predict.

“Things can change in a day,” Sardelis said. “But when you look at everything on paper, [our team] looks really good.”

Bishop feels the Judges have a lot of potential.

“We’re a young team,” he said. “The guys are definitely coming along.”