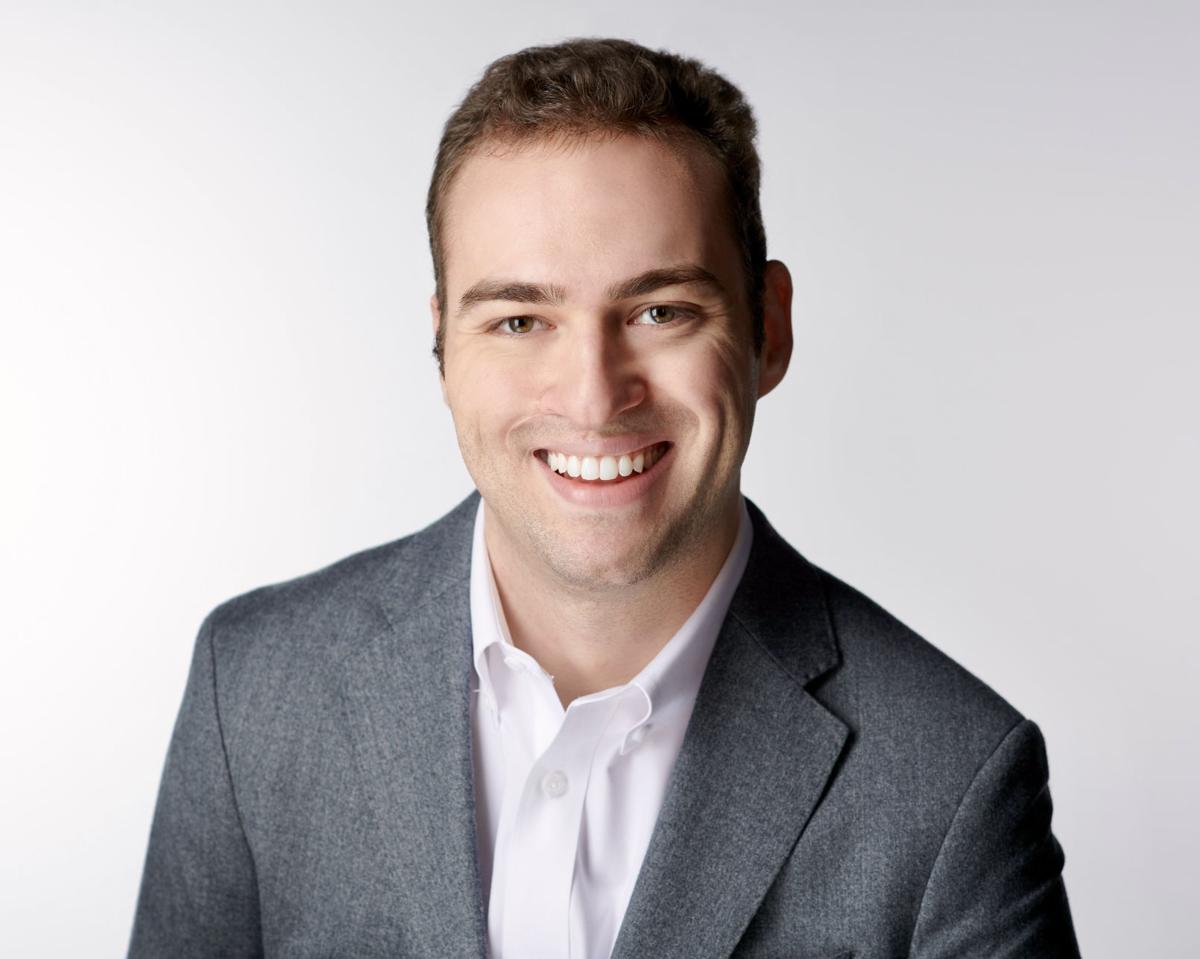 Author Samuel Moore-Sobel, 27, of Loudoun County, is shown in a publicity shot from Jan. 8, 2020. His book “Can You See My Scars?” details his recovery from a sulfuric acid explosion that occurred in Clarke County 12 years ago and left him with severe burns on his face, neck and arms. 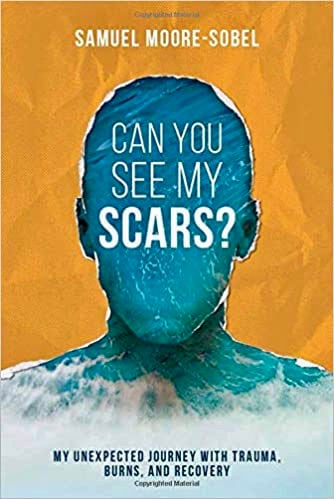 Loudoun County resident Samuel Moore-Sobel has written a book, “Can You See My Scars?” that details a horrific accident that occurred on Sept. 1, 2009, near Bluemont and left him with second- and third-degree acid burns to his face, neck and arms.

Author Samuel Moore-Sobel, 27, of Loudoun County, is shown in a publicity shot from Jan. 8, 2020. His book “Can You See My Scars?” details his recovery from a sulfuric acid explosion that occurred in Clarke County 12 years ago and left him with severe burns on his face, neck and arms.

Loudoun County resident Samuel Moore-Sobel has written a book, “Can You See My Scars?” that details a horrific accident that occurred on Sept. 1, 2009, near Bluemont and left him with second- and third-degree acid burns to his face, neck and arms.

WINCHESTER — Fifteen-year-old Samuel Moore-Sobel was looking to earn some pocket money before starting his sophomore year at Stone Bridge High School in Loudoun County, so he and a classmate agreed to help a man empty out a storage unit.

The items inside the unit had to be transferred to the man’s garage at his home in Ashburn and a storage shed at another home near Bluemont, in Clarke County. When Moore-Sobel and his friend delivered the goods to the Clarke County home, the woman who lived there said her shed was full and asked the boys to make room for the extra items.

Moore-Sobel pulled an old cardboard box from the shed and asked the homeowner what to do with it. She told him to toss it away. He did as instructed, but when the box landed on a nearby concrete slab, it exploded.

Moore-Sobel sustained second- and third-degree burns to his face, neck and arms, and only narrowly escaped permanent blindness.

Exactly 11 years later, on Sept. 1, 2020, Moore-Sobel shared his story in “Can You See My Scars?” a book published by Mascot Books of Herndon that’s currently available nationally in hardcover, digital and audio editions.

“Can You See My Scars?” opens with the line, “This is not a story I ever wanted to write.” In the 296 pages that follow, Moore-Sobel recounts the accident and a long recovery process that involved more than a dozen restorative surgeries and treatments for both depression and post-traumatic stress disorder.

Moore-Sobel still recalls in vivid detail the moment when he threw the old cardboard box onto the cement slab. It was, after all, the end of his life as a typical teenager.

“The second that box hit the slab, an explosion rang out,” the 27-year-old said during an interview on Wednesday. “I could see this substance come flying toward me. I didn’t know what it was, but instinctively I closed my eyes. Then I felt the substance hit my face and all I could feel was pain.”

Officials later determined that an old bottle of sulfuric acid had been stored inside the box. When it hit the concrete slab, the acid exploded and blew onto Moore-Sobel’s face and upper torso.

“It felt like somebody had lit a match and dropped it on my face,” he said. “I felt like I was going to die. I was 15 years old, in more pain than I could ever imagine and I felt like this was going to be the end of my life.”

Moore-Sobel was transported to Winchester Medical Center, where he became the first person treated in the hospital’s new chemical shower.

Once he got to a private room, a nurse asked if he had seen himself. When Moore-Sobel said no, she gave him a mirror.

“I just saw these dark black and green and brown stains all over my face,” he said. “I didn’t recognize myself. That’s when it really started to get real.”

Moore-Sobel’s injuries were horrific but could have been worse. His instinct to close his eyes when he saw the acid flying toward him saved his vision.

“One drop of sulfuric acid in your eye can cause you to go blind,” he said.

Moore-Sobel was transferred to Children’s National Hospital in Washington, D.C., where he underwent the first of what would be a dozen surgeries over the years to treat his wounds and minimize the burn scars.

Those first few days were terrible, filled with pain and constant reminders that his appearance had been permanently altered.

Moore-Sobel was just 15, an age when boys become interested in romantic relationships and making plans for college and a career. But with portions of his face burned away, he instead found himself wondering if he would ever be able to finish high school, land a good job or find a partner who would love him.

“This shook the foundation of who I was and who I thought I was going to be,” he said. “I ended up feeling isolated and really alone.”

Moore-Sobel completed his sophomore year at home with the assistance of tutors.

“When I went back to school [as a junior], it was hard,” he said. “I never experienced bullying or anything like that, but I felt like people kind of retreated from me. They didn’t know what to say.”

Surgeries and treatments continued for a decade, during which time Moore-Sobel graduated from Stone Bridge High School and started work as a technology specialist in Loudoun County.

“I had my last surgery a little over three years ago,” he said on Wednesday. “I had one surgery where they took a skin graft from my ear and put it under my nose because my nose was collapsing in on itself and blocking my breathing.”

Some of the surgeries were performed traditionally under anesthesia, while others involved office visits and the use of lasers.

“They don’t put you under for those,” Moore-Sobel said of the laser surgeries. “Those are especially painful because you’re getting zapped while you’re in the chair with sunglasses on [to protect your eyes]. Thankfully, I look a lot better today than I did 12 years ago.”

Overall, Moore-Sobel’s facial scars have been significantly diminished. From a short distance, in fact, it’s hard to notice them at all.

“It’s miraculous how my healing process has gone,” he said.

Best of all, the young man who feared he would never meet a woman who could love him and his scars met someone special. Her name was Megan Hays.

“When we first met, we had a really long conversation ... and that’s how we’ve been ever since,” Moore-Sobel said. “The conversation has never ended.”

Moore-Sobel said Hays “transformed my life.” The couple wed in August 2020 and reside in Loudoun County.

Over the past 12 years, there were plenty of times when Moore-Sobel was ready to call a halt to the surgeries and treatments because it felt like things would never get better.

“But I kept fighting, I kept going and I never gave up,” he said. “It gave me a determination that I carried with me and still have today.

“If I had a time machine, I’d go back and change it if I could. But I see the lessons that I probably couldn’t have learned any other way and I’m grateful for that,” Moore-Sobel said. “I live a life of deep meaning today. It’s a life I wouldn’t have without the lessons I’ve learned over the past several years.”

Moore-Sobel candidly shares his physical and emotional struggles in “Can You See My Scars?” He said the book has enjoyed solid sales over the past year and has particularly struck a chord among readers who have endured their own personal traumas.

“It’s been amazing to hear their stories,” he said. “What I’ve learned is, we all have scars. Even if they’re not as visible as my own, we all have emotional and physical scars that affect our lives in various ways, whether at work or in our personal lives.”

Moore-Sobel said there may come a time when he writes another book, but for now, his sole focus is on promoting “Can You See My Scars?” and sharing its inspirational message with others who have endured life-altering events.

“I want to live my life to the fullest and make as big of an impact as possible,” he said. “We don’t get that much time on Earth, so in whatever time we have, I’m really determined to make a difference in the lives of others and achieve some semblance of success. That’s my driving force and something that has guided me ever since the accident.”

For more information about “Can You See My Scars?” and inviting Moore-Sobel to speak at business, civic and community events, visit samuelmoore-sobel.com.