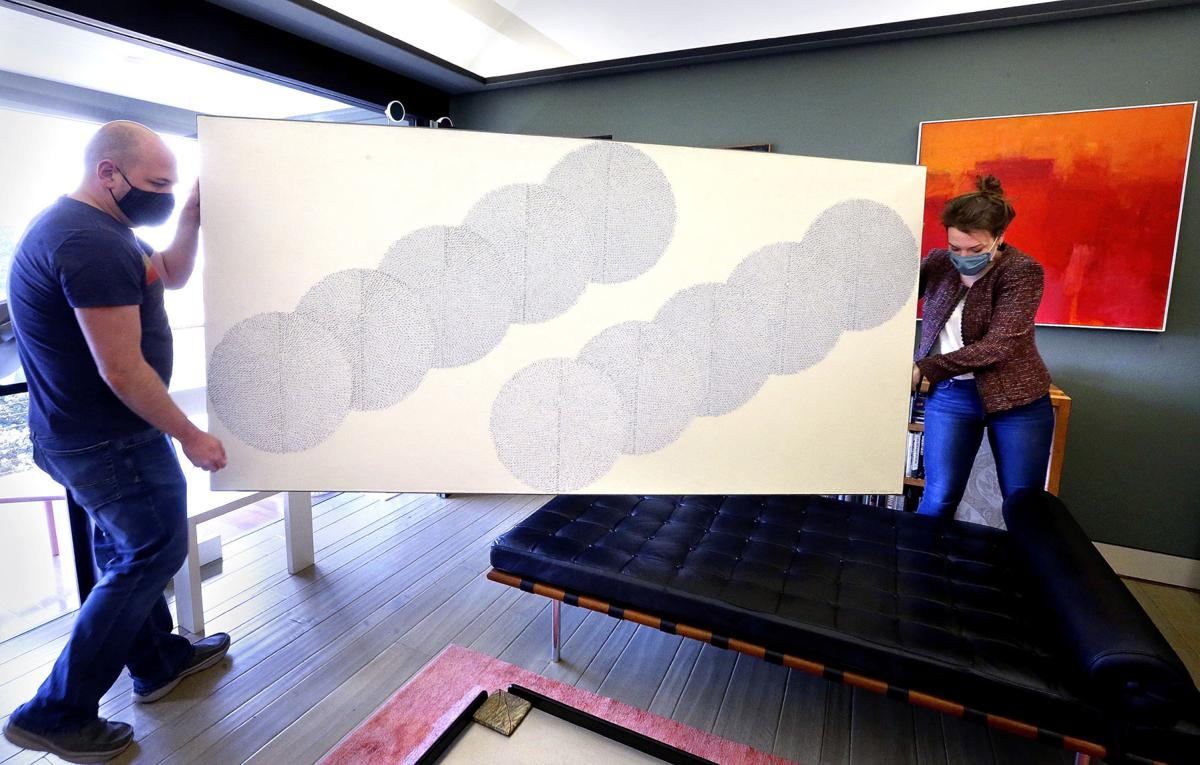 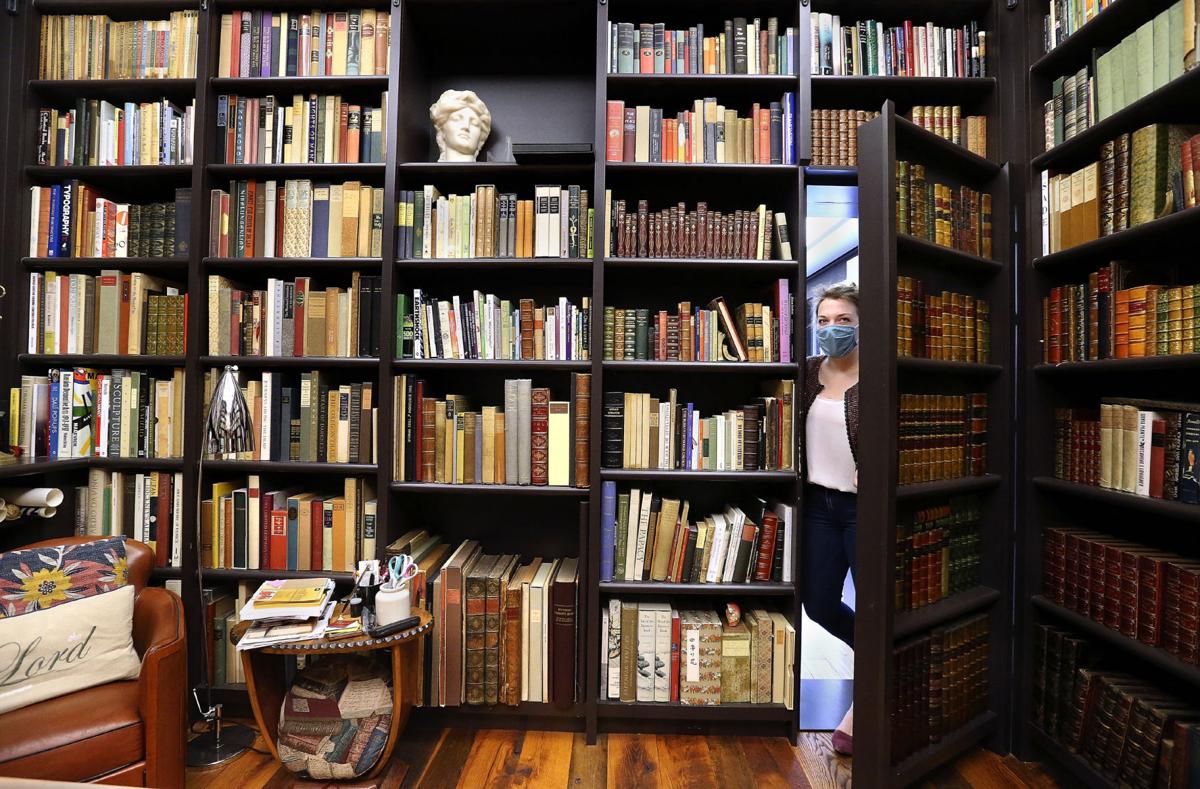 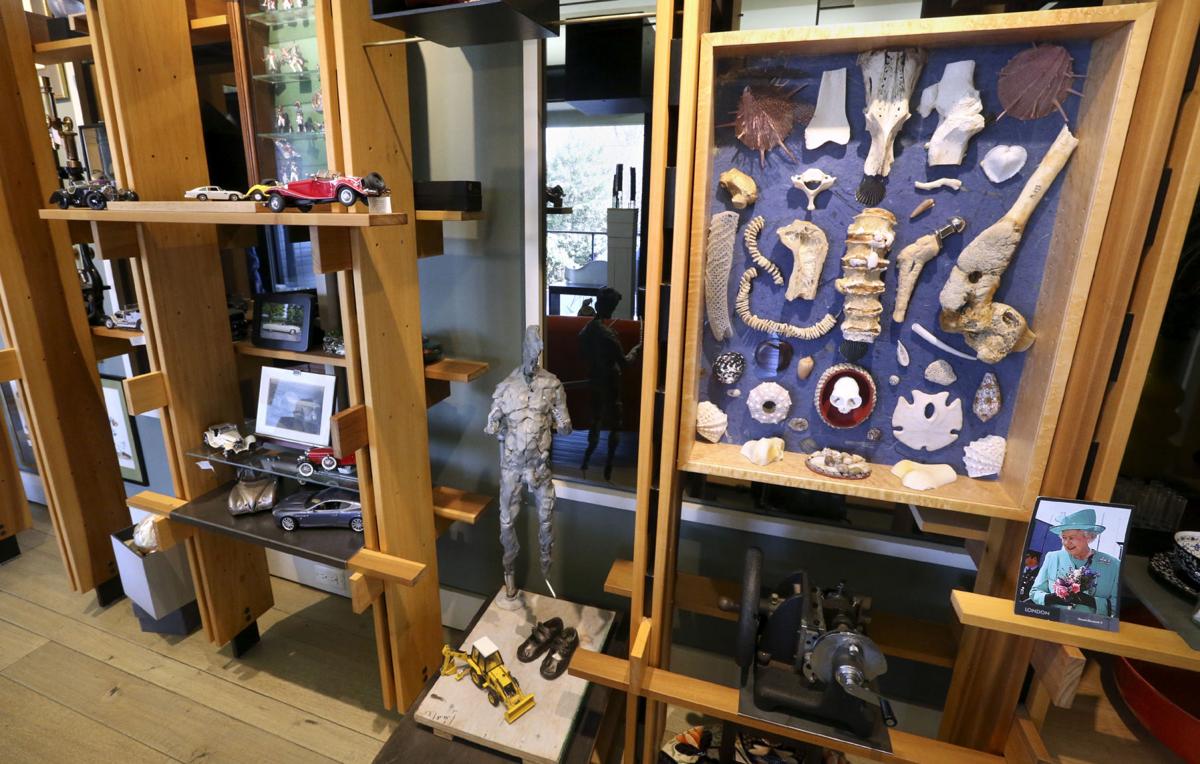 Items collected by orthopedic pathologist Peter Bullough are displayed on the second floor of the Peter Bullough Foundation headquarters on Cork Street. 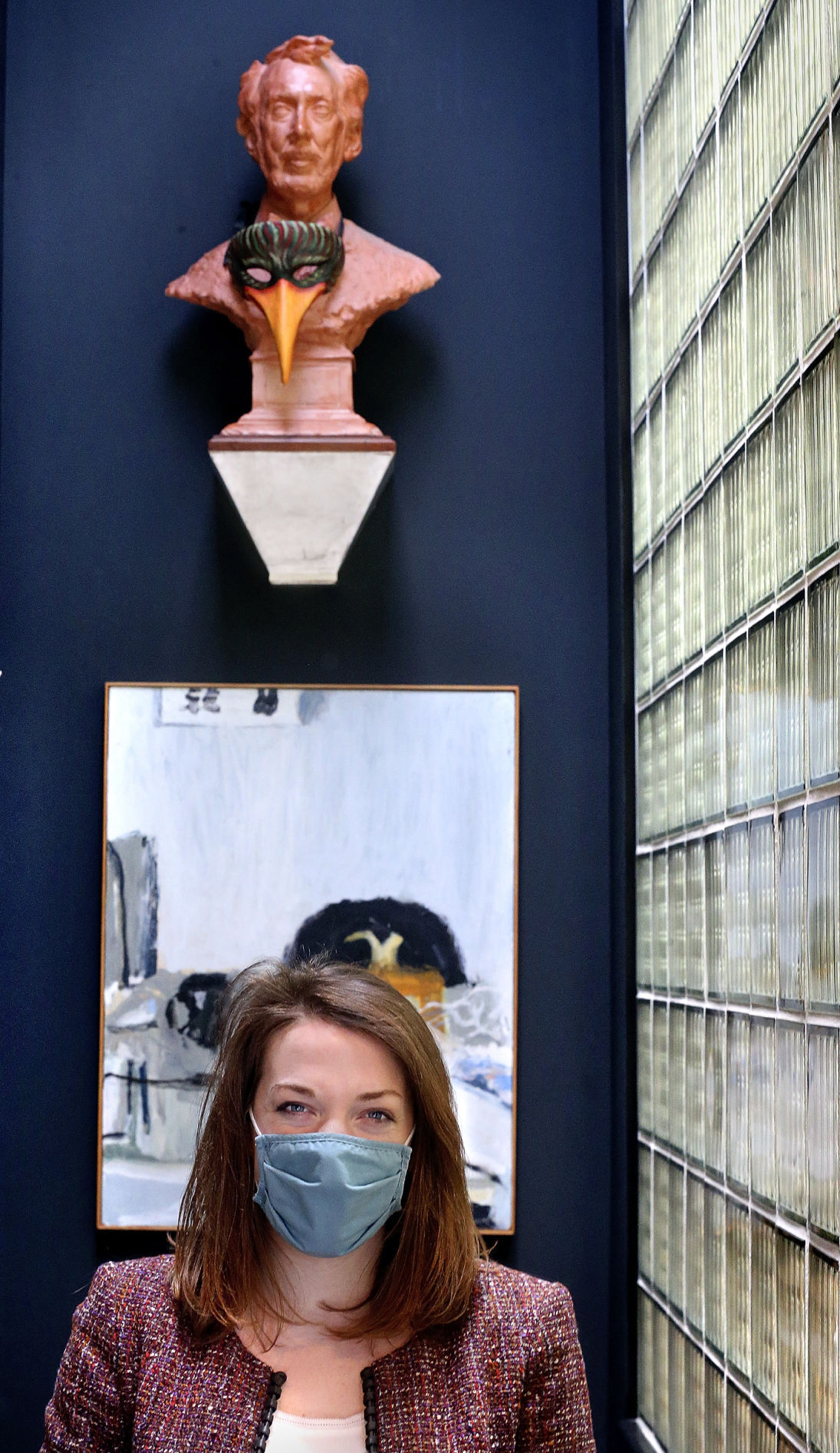 Katie Mooney is the executive director of the Peter Bullough Foundation at 120 W. Cork St. in Winchester where a bust of Bullough hangs on a wall above the stairway. The Foundation is offering rent-free month-long residencies to emerging artists who could use a little help.

Items collected by orthopedic pathologist Peter Bullough are displayed on the second floor of the Peter Bullough Foundation headquarters on Cork Street.

Katie Mooney is the executive director of the Peter Bullough Foundation at 120 W. Cork St. in Winchester where a bust of Bullough hangs on a wall above the stairway. The Foundation is offering rent-free month-long residencies to emerging artists who could use a little help.

WINCHESTER — Whether they paint watercolors, compose music, take photographs or write novels, artists now have a rent-free place to create thanks to a new fellowship.

The Peter Bullough Foundation for the Arts is offering artists four-week residencies in its property on Cork Street. In addition to free studio space and overnight accommodations, the fellowships include $550 to help pay for food and other necessities.

Bullough, originally from England, was a renowned orthopedic pathologist and professor. He was also an avid collector of artwork and had acquired more than 400 pieces before he died in November 2019 at the age of 87.

Bullough felt strongly that the best way to advance the arts was to support emerging artists while they were alive rather than buying their works after they had died.

“He truly believed that artists could support themselves in the arts,” said Katie Mooney, the foundation’s executive director.

But artists did need someone to believe in them. One artist’s predicament, in particular, haunted him. Japanese artist Sakiko Ide was living and painting in New York City when Bullough met her and purchased a couple of her paintings. But Ide grew increasingly despondent about the lack of impact her work was having and, in the 1970s, she took her own life.

“That was really moving to him,” Mooney said. “If only she had a champion ... someone who believed in her and encouraged her.”

Before his death, Bullough set up his foundation and had lots of ideas on how his property could be used, including using his home as a museum, opening the library to visiting scholars and offering lectures, musical performances and other events.

The Emerging Artist Residency Program, another of Bullough’s ideas, will welcome its inaugural applicants in August. The program provides residencies for emerging artists and scholars working in architecture, literature, film/video arts, interdisciplinary arts, music composition, playwriting, screenwriting, poetry, theater and the visual arts. A special focus will be on supporting the underserved, including those of the LGBTQIA2S+ community.

The application deadline for Fall 2021 residencies is April 30.

Artists will live and work in two adjacent homes on Cork Street that Bullough purchased to serve as a respite from his New York City apartment. The houses are connected by a beautifully landscaped garden. This unusual arrangement of what Bullough called his “winter and summer” houses was featured in a 2012 Wall Street Journal article.

The visiting artists will stay in an 1840s house that offers private bedrooms and bathrooms and shared common spaces. Private studios and workspaces are in the other home, which also houses the majority of Bullough’s book and art collections as well as the Foundation offices.

Bullough found Winchester through his friendship with Julian Glass Jr., also an avid art collector and the benefactor of the Museum of the Shenandoah Valley. Bullough visited Glass at his Glen Burnie home and found he liked the architecture and slower pace of the small Southern city.

After Bullough retired, he settled in Winchester full-time, where he filled his homes with artwork as well as collections of mounted butterflies, bones and books.

“He had a family of friends,” Mooney said. “He really enjoyed having people visit.”

Bullough found Winchester to be a nurturing spot for the artistic life. Mooney said she expects the artists-in-residence will also enjoy the city’s creative energy.

“There is a such a great arts community here,” Mooney said. “And we want to do everything we can to strengthen it.”