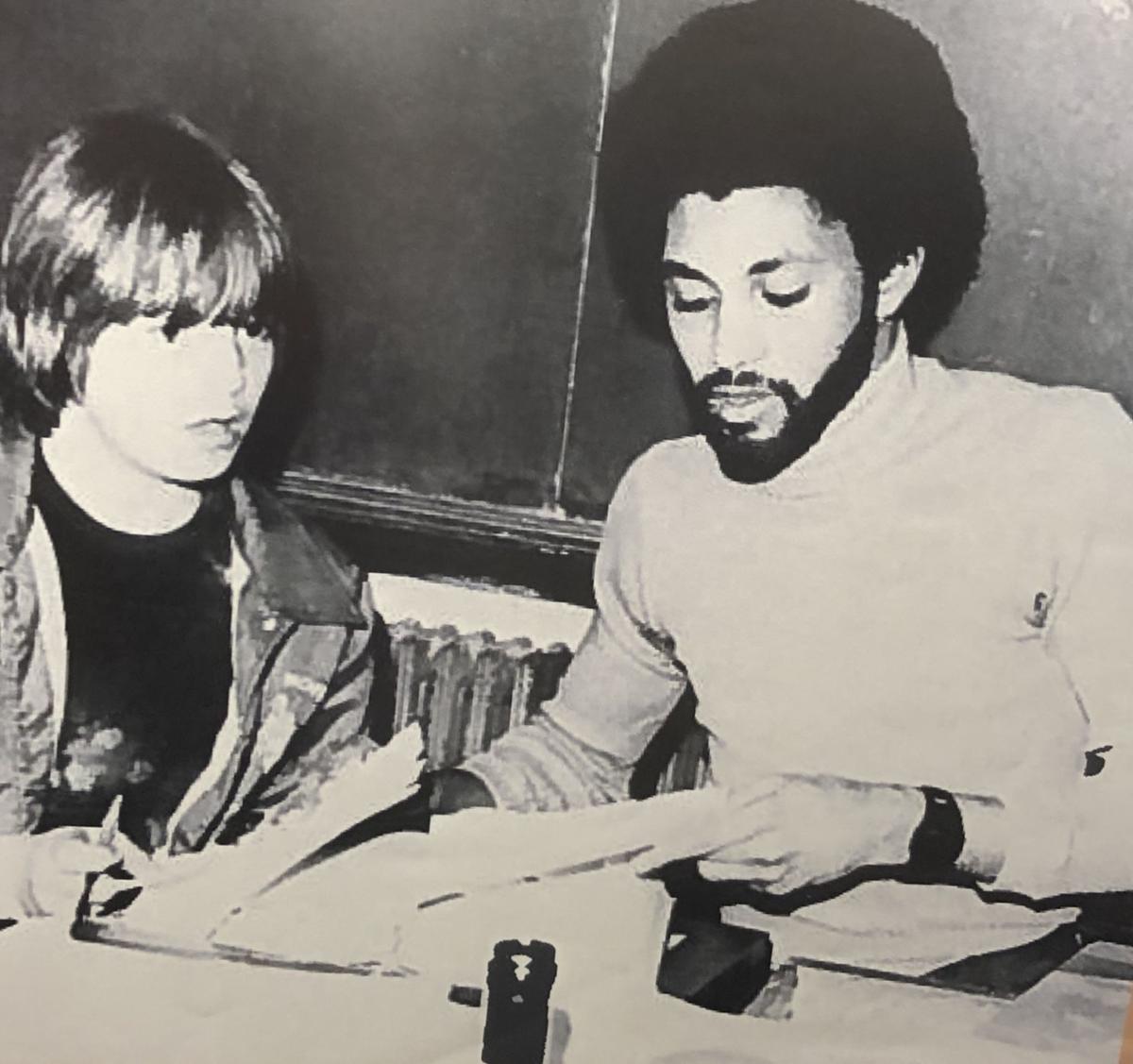 Melvin Rhodes works with a student in this photo provided by Winchester Public Schools. The division’s alternative education center has been named for him. 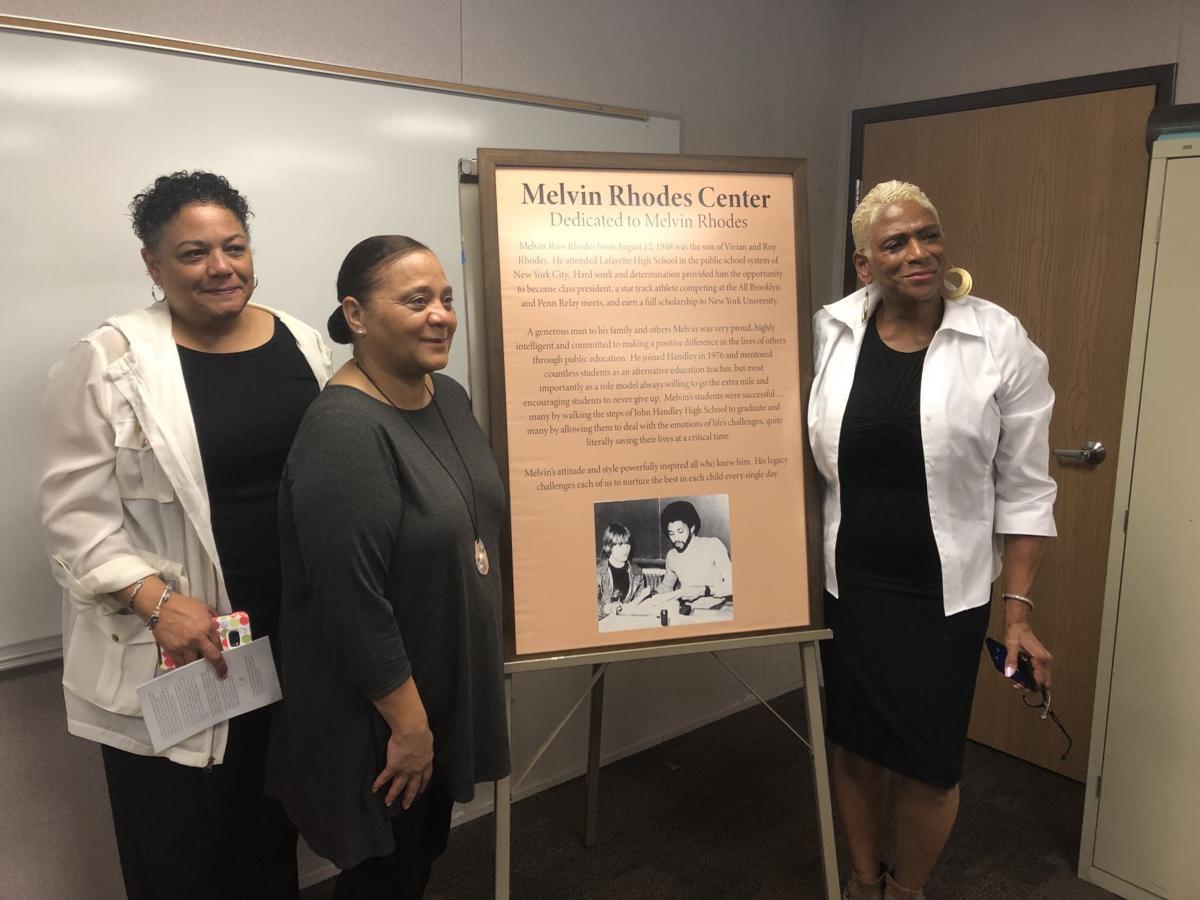 Melvin Rhodes’ three sisters, Glenda Rhodes (from left), Carita Rhodes Hairston and Sherri Rhodes, pose next to a sign that was unveiled in their brother’s honor at the school division’s alternative education center. 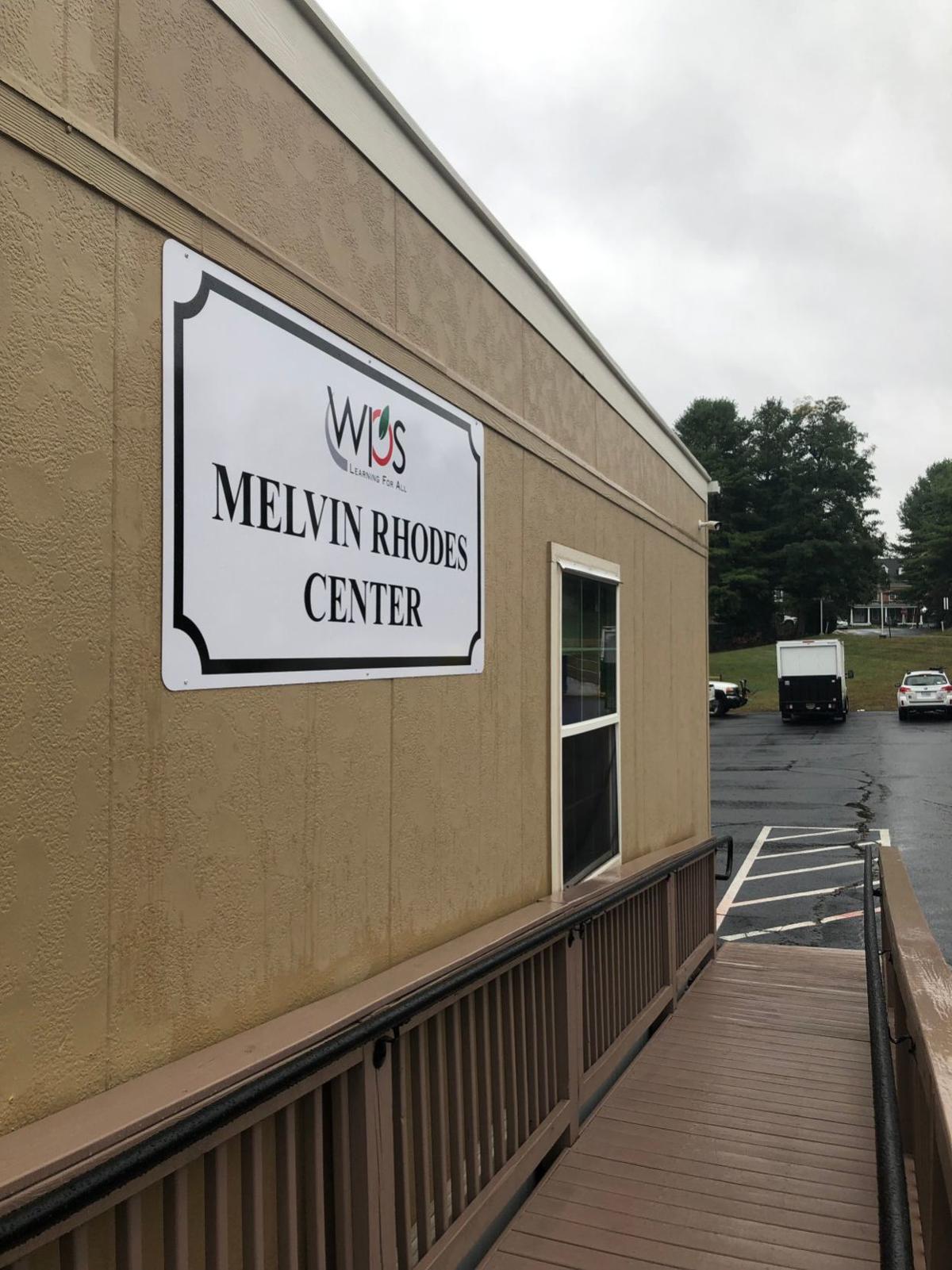 Melvin Rhodes works with a student in this photo provided by Winchester Public Schools. The division’s alternative education center has been named for him.

Melvin Rhodes’ three sisters, Glenda Rhodes (from left), Carita Rhodes Hairston and Sherri Rhodes, pose next to a sign that was unveiled in their brother’s honor at the school division’s alternative education center.

WINCHESTER — Winchester Public Schools is working to revamp its alternative education program and with that comes a new name for the center that houses the program.

On Monday morning, the division dedicated the Melvin Rhodes Center, which is located in a modular unit behind the former John Kerr Elementary School.

Rhodes, who inspired those who knew him with his style and attitude, worked with alternative education students in the city school division from 1976 until 2004. He died in 2004 after being diagnosed with a brain tumor.

About 40 people attended the dedication ceremony, including family members and former colleagues.

“Melvin’s students were successful .... many by walking the steps of John Handley High School to graduate and many by allowing them to deal with the emotions of life’s challenges, quite literally saving their lives at a critical time,” read a sign featuring a picture of Rhodes that was unveiled at the center. “His legacy challenges each of us to nurture the best in each child every single day.”

Rhodes was initially hired by the school division in 1976 as an in-school suspension teacher at Handley. He was the Career Intern Program coordinator from 1987-1996, where he began a program that helped 18 high school dropouts obtain their GED. Ten students successfully completed the program the first year. From 1996-99, he served as the School Within A School teacher at Handley and assisted in the development of curriculum guides and programs for at-risk students. From 1999-2004, he was the Winchester Alternative Learning Center teacher, where he taught every academic subject to at-risk students.

Several people teared up as they spoke about Rhodes, including former colleague Brenda Neal.

“It all started [for him] at Handley as an in-school suspension teacher, and it soon became apparent that he had such a way with kids, the ones who made poor decisions,” Neal said.

She said she learned a lot working with Rhodes, even adding that he was her best friend. She said a lot of people could probably say the same thing about him.

Even as his health declined, he continued to work.

“You could see him walk down that hallway and his hands would be on the wall so that he wouldn’t fall,” Neal said. “He hung in there.”

During her last meeting with Rhodes, he was more concerned about the future of the alternative education students in Winchester than he was about himself.

“Through the tears, he said to me, ‘Brenda never let Winchester City Public Schools forget about our alt-ed kids. They don’t have a voice,’” Neal said.

Although alternative education has continued is some form in the school division, it hasn’t been the same program as when Rhodes was involved, she said.

“My understanding is that we are taking in more and more kids who are more than just a behavior problem,” Neal said. “We need to be looking at those kids who aren’t successful and saying we need to reach them another way.”

As of Monday, 16 students were enrolled at the Melvin Rhodes Center, said Cherish Skinker, alternative education coordinator. That number is expected to grow as the school year continues. Students attend the center for three hours a day, and there are two three-hour shifts.

The center, however, is struggling with staffing and is seeking to hire two instructors who have endorsements in alternative education, which is a difficult requirement to fulfill. If the positions are filled, there could be up to 35 students at the center, Skinker said.

Skinker believes her dreams for alternative education students are similar to those held by Rhodes and she hopes she can fulfill them.

At the center students receive more direct instruction time, which is a major change, Skinker said. Before, they spent a lot of their time on the computer.

Rhodes’ three younger sisters — Carita Rhodes Hairston, Sherri Rhodes and Glenda Rhodes — were among those who attended the ceremony.

“Everybody loved him,” Carita Rhodes Hairston said, adding that the sisters would often jokingly argue about which sister was his favorite.

She added that he was very giving and humble and known for writing poetry and being a track athlete, which earned him a track scholarship to New York University.

Sherri Rhodes said having the alternative education center named for her brother was “overwhelming.”

“I’m proud they’re recognizing him for his work that he did for the kids,” Sherri Rhodes said. “It’s well-deserved on his part. I wish he could have been here to see it.”

"Through the tears, he said to me, 'Brenda never let Winchester City Public Schools forget about our alt-ed kids. They don't have a voice.'"

Brenda Neal about her former colleague Melvin Rhodes, for whom the school division's alternative education center has been named