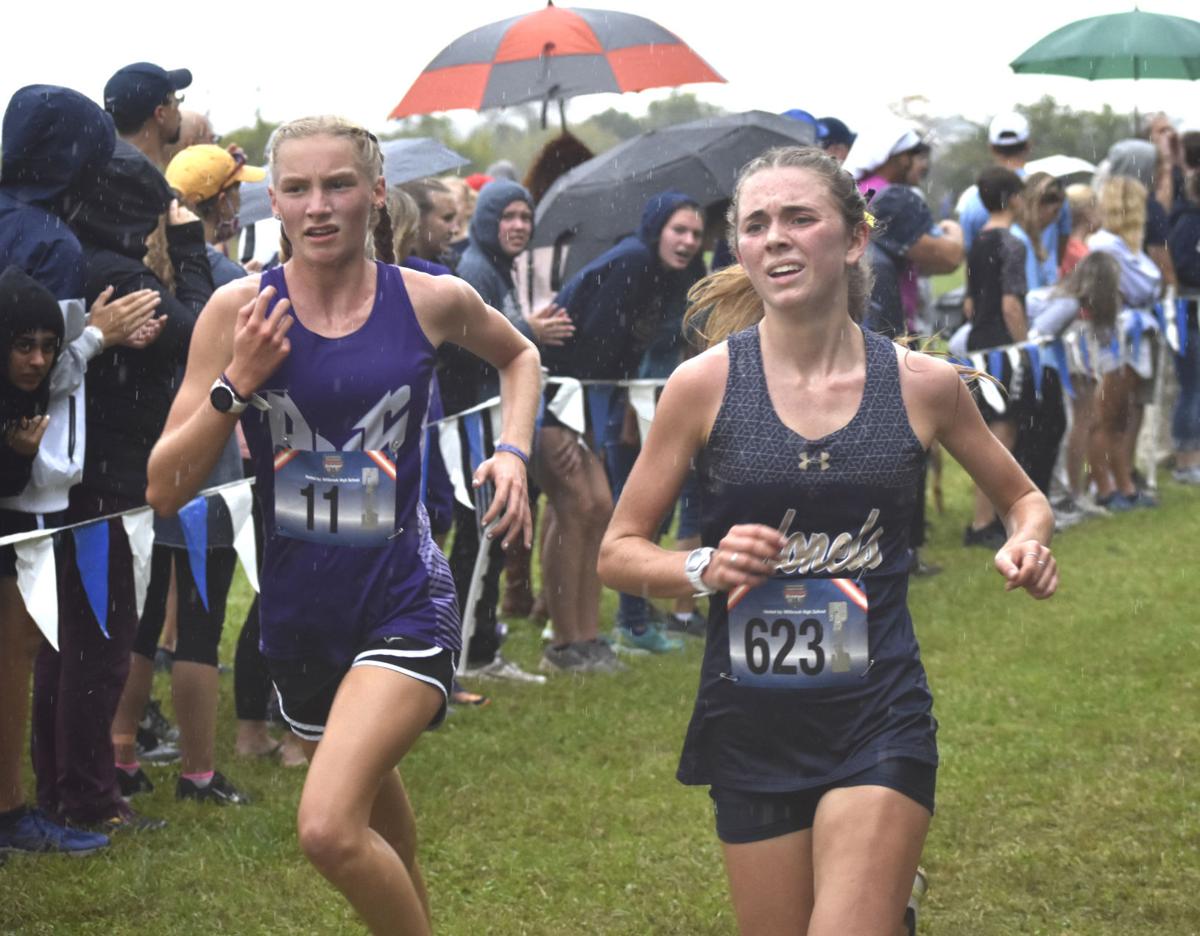 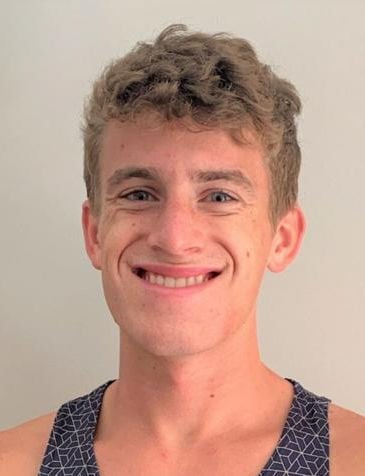 WINCHESTER — If the James Wood boys' and girls' cross country teams can perform in the postseason like they have in invitational meets this year, the Colonels will be smiling quite a bit over the next month.

Out of 39 scoring teams on each side, the Colonels boys placed third and the girls took fifth to lead local teams at Millbrook's High School's Third Battle Invitational, which saw rain begin to fall midway through the girls' varsity race. The boys' varsity race that followed — the last race of the day — featured steady rainfall.

The James Wood boys scored 187 points to finish behind Class 6 W.T. Woodson (116 points) and Class 4 state power Loudoun Valley (137), which is now led by former Millbrook head coach Kevin Shirk. The Pioneers — who held out most of their top runners in advance of next Saturday's Class 4 Northwestern District meet — placed 32nd (819 points). Sherando was 35th (892) and Clarke County was 36th (893).

James Wood senior Nathaniel Woshner placed fifth out of 267 runners to lead all local boys' performers and was one of three Colonels to place in the Top 12. He ran 15 minutes, 54.3 seconds over the 3.1-mile Third Battle of Winchester course, which will also serve as the site for the district meet.

After opening the season with wins at the Central and Brunswick invitationals, the James Wood boys placed second at the 54-team Oatlands Invitational. The Colonels only placed 11th at the 59-school Octoberfest Invitational, but that was without sophomore Ethan Pratt-Perez (10th in 16:03.1 on Saturday). He was the only person who wasn't a senior or junior to place in the top 17 on Saturday.

"Honestly, I didn't think we'd be up that high, maybe fifth, fourth or so," said James Wood head coach Matthew Lofton, whose team scored 36 fewer points than fourth-place Patriot, a Class 6 school. "I think the goal today was just to get in a nice, fast race on this course that we'll be at next week."

"A huge race for him," Lofton said. "We've been waiting for it all season. In training, he's shown that he can this, but it just hasn't happened yet. It's great to finally see it all click."

Woshner said, "I think everybody's strategy was just to hammer it and get the fastest time we could, because this is the last run of the normal season."

James Wood will be going for its fourth straight district title next Saturday, the first step in a journey that it hopes ends with a third straight state meet appearance.

Pratt-Perez likes the Colonels' chances. "I like the bond that we have," he said.

The James Wood girls have placed in the top six in all five of their invitational meets this year, with a win at the Brunswick and a second-place finish at Central.

"I thought Lauren had a great race," Lofton said. "At the beginning of the season, I thought she should be running under 19 minutes, and she broke that barrier today. Ruby had a big PR. We were looking for someone to fill in the gap between 20 minutes and 21 minutes, and Ruby, Q and Jocelyn [Kluge, 78th in 20.50.7] all did that."

Beatty has high expectations for herself, and she thinks she's capable of doing better going forward.

"I felt really strong during my run," Beatty said. "I think I can go out a little bit faster. Overall, my race was really good. I stayed focused in it."

Beatty missed five months of competitive running last year due to a femur fracture caused by Femoroacetabular Impingement, a condition she was born with. She's running comfortably now, and she says her teammates are a big reason why.

"It's really scary, because it can always get worse at any time," Beatty said. "So it's really nice for the team to be there for me and help me not be scared to run more."

Beatty said she's excited about the Colonels as a team.

"I'm super proud of all of them," she said. "They've really worked hard. We're really hoping to do something good [at the district meet]."

Saturday's individual champions were the Loudoun Valley senior duo of Graham Mussmon, who won the boys' race by 15 seconds in 15:21.90; and two-time state champion Ava Gordon, who captured the girls' race by 17 seconds in 17:34.5.

For more coverage on Saturday's meet, see Tuesday's edition of The Winchester Star.